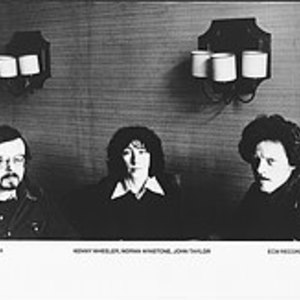 1) A pseudonym of pianist Ed Goldfarb, who's releases include Photographs. Official site: http://AzimuthPiano.com.

2) A electric funk jazz trio (aka Azim?th & Azymuth), from Rio de Janeiro in Brazil. Formed in the late 1960s, the members are Jos&eacute; Roberto Bertrami (keyboards), Alex Malheiros (bass, guitars) & Ivan Conti (drums, percussion). They had a major hit with "Jazz Carnival" (as Azym?th around, 1980 or 1981) & released a string of albums, on Milestone, in the 1980s. Since the 80s, they have released albums on Far Out (London), whilst remaining based in Brazil & continuing to tour in Europe.

The John & Norma (married duo), approached ECM proprietor Manfred Eicher - in desperation, John later admitted - with a demo tape. Eicher suggested adding a fluegelhorn to the duo, prompting them to contact an old associate, Kenny. The trio was born & almost single-handedly (three-handedly?), invented a musical environment, combining elements of chamber music & intimate jazz. The approach was not entirely alien to jazz listeners - yet the both refined & redefined the territory. Winstone's wordless vocals had been a trademark, since working with Michael Garrick, when she replaced a departing saxophonist, by using her voice as a front-line instrument.