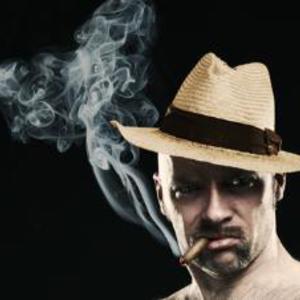 Jono El Grande is the artist name of Jon Andreas H?tun (b. 1973-07-29). He is an autodidactic Norwegian composer, band leader, guitarist and conductor, known for his utterly creative, unbridled mixing of genres in his compositions. He is leading a 12 piece orchestra, who's influences are ? according to himself in interviews ? amongst others Captain Beefheart, Frank Zappa, King Crimson and Igor Stravinsky.

He has released three albums, "Utopian Dances" (1999), "Fevergreens" (2003) and the "Neo Dada" (2009) in addition to contribute with compositions on other projects (both Rune Grammofons anniversary albums "Money Will Ruin Everything 1 & 2" and on "Wire Tapper #21", the avantgarde music magazine The Wire's 21st edition of their CD series). Jono El Grande was festival composer for Happy Days 2007, presented by Ny Musikk, the Norwegian section of ISCM ? International Society For Contemporary Music, and are now working on his fourth album release.

Jono El Grande is an artist modestly growing on the European avantgarde scene, yet best known in his home country with his eccentric and funny performance art/dada-inspired live shows. He formed in 2000 The Jono El Grande Orchestra. The orchestra got a new lineup and was re-named in 2005 to Jono El Grande & The Luxury Band.

During 1990 - 1992, Jono El Grande formed several concept bands for one-night performances and recordings and/or rehearsings only: The Terror Duo, Black Satan, The Pez Dispensers, Acetaded Beat, As Drosera in addition to a handful of school bands formed to mark end-of-term celebrations and similar occasions.

Melody Of A Muddled Mason