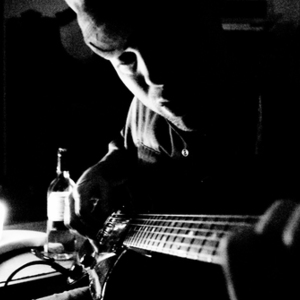 ?Michael O'Connell specializes in playing any instrument that makes a noise, and playing all of them masterfully. He uses this considerable skill to shape the artful melodies that accompany his evocative lyrics. This soft, tender music will let him play your heartstrings too.? After a few years away from a busy touring schedule with his former band Black Cabbage, the dynamic songwriter created Culture Reject to house his latest body of work.

After a few years away from a busy touring schedule with his former band Black Cabbage, the dynamic songwriter created Culture Reject to house his latest body of work. It comes from an interesting path of influences: growing up on a diet of Nina Simone, Stevie Wonder, Led Zeppelin and Van Morrison records would provide anyone with a healthy place from which to engage musically in the world? For O'Connell, it created a hunger to seek music beyond the omnipresent classic rock format of Southern Ontario. While spending time on exchange in Africa and more recently hauling his family through rural Cuba, he found himself regularly joining in on spontaneous neighbourhood jam sessions; hearing his own songs accompanied with instruments and infused with rhythms he had yet to consider. These influences and experiences largely form the source of Culture Reject's infectious, soulful melodies, syncopated guitars and easy grooves.

Aside from touring, O'Connell spends time engineering and producing tracks in the recording studio of Sketch: the working arts for street-involved and homeless youth. Creating beats and opportunities for at-risk youth in Toronto is a transformative process for both the youth and himself. In fact, the Sketch environment proves itself a massive influence on his life and in many ways the thematic basis to many of the songs on his upcoming self-titled release.