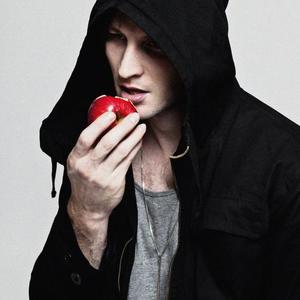 With the tons of hyped up (but utterly mediocre) dance music that comes out these days, it's pretty hard to stand apart from the herd; not the case with Toronto's Egyptrixx. In just over one year, his distinct sonic aesthetic has become an acclaimed presence in underground music, garnering praise from heavyweight DJ's, including Sinden, Mary Ann Hobbs and Drop the Lime, and influential publications such as Fader, Xlr8r and The Wire magazine.

All of his recent records have also seen regular radio play on BBC Radio 1 and Kiss FM among others. His unique and energetic live sets are in-demand, with headlining gigs banked all over Europe and North America and a busy touring schedule in upcoming months.

He makes celestial club music; jeep music for a Saturn desert. There is an exhilarating right-but-wrong tension that all of Egyptrixx' tracks share - a shifting balance between melodic and dissonant, rapturous and antisocial. His releases continue to challenge the status quo and impress with a unique style informed by elements of techno, house, dubstep and pop music.

With critically acclaimed releases already out on Night Slugs and Ramp Recordings, and his forthcoming debut LP slated for an early 2011 release, the future looks bright for Egyptrixx.