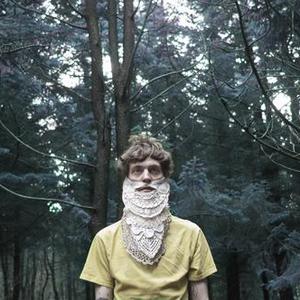 It's been only 3 years since Iceland's new king of lo-fi layered lushness, Sindri M?r Sigf?sson, began his official recording career. ?Summer Echoes?, the new and second album of his solo-project Sin Fang (he dropped the ?Bous?) is now already his 4th album release (including 2 records of his other musical outlet Seabear) since 2007. The album oscillates wildly unearthing glimpses of familiarity - vintage Flying Nun here, Paw Tracks there and a Belle and Sebastian pop nous - while retaining the own stark originality of this uber-talented artist and producer.

And Sigf?sson is a pretty unlikely ambassador of the Icelandic indie pop scene: in his teens he was a skateboard and Hip Hop aficionado, his arms are covered with a colourful mess of self designed tattoos and besides doing visual arts his true favourite obsessions are soccer and pizza: what makes him pretty much an antidote to the all too present clich? of the Icelandic nature boy. Sigf?sson didn't pick up a guitar until he was 20 but after graduating from art academy and moving to London he became sick and bought his first proper home recording equipment from the insurance money he got. And within just a few years, his infamous work ethic (he has a very strict 9 to 5 routine working on songs in his basement studio) and distinctive do-it-yourself production style culminated in the Sin Fang (Bous) debut album ?Clangour? which was released on Morr Music in 2009 to worldwide acclaim and suddenly propelled him in the midst of a new wave of bands redefining the indie rock game in thus far unexpected directions.

After having set himself the task of playing all instruments on his debut solo album "Clangour", this time around Sigf?sson wanted to move closer to the sound of a live band and recruited a number of his friends from M?m, Amiina and Seabear to record ?Summer Echoes? in his own studio and Sigur R?s Sundlaugin studio. The arrangements are more band oriented, grander in scope and more transparent than their predecessor's and there is a diverse breadth of sounds across "Summer Echoes" dozen songs, reaching from a heart-breaking intimate piano ballad like ?Two Boys? to sudden outbursts of guitar noise in ?Bruises?. Not even the one-off appearance of synthetic beats in "Sing For A Dream" sound out of place when drenched in Sin Fang's signature layered wash of sound and it is the album's first single, "Because Of The Blood" that encapsulates the essence of this album in an euphoric orchestral pop song that manages to merge epic tune sculpting with several layers of choir abundance.

The fact that Sigf?sson did not only write all the music but also was doing most of the recording and production promises a lot for his future and ?Summer Echoes? conveys the feeling that the real story has only just begun: and in fact a next Sin Fang album is already fully written and Sigf?sson shows no willingness to slow down. Summer Echoes will be released on Morr Music in March 2011. A limited edition Sin Fang 7" featuring the non-album coverversions of Fleetwood Mac's "Landslide" and Simon & Garfunkel's "The Only Living Boy In New York" is available as of December 2010 while the album's first single, "Because Of The Blood/Two Boys" will be out in February 2011. The artwork for the release was done together with Sigf?ssons partner Inga Birgisd?ttir.