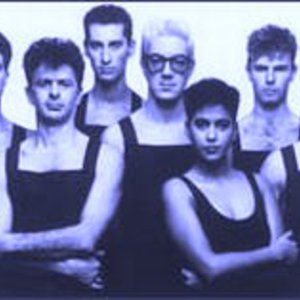 Formed in Australia in the late 80s, Big Pig consisted of several vocalists, percussionists, keyboard players and at least one harmonica player but used no guitars. They played a fun, danceable style that emphasized syncopated rhythms and vocal harmony with an unexpected socially conscious lyrical bent. Their only U.S. 'hit', Breakaway, appeared on "Bonk", as well as on the Bill & Ted Soundtrack.

The group's second album "You Lucky People" was released in Australia. Not as dark as the first album, the second featured a lighter, more dance-oriented pop sound.

The group disbanded after the two releases.