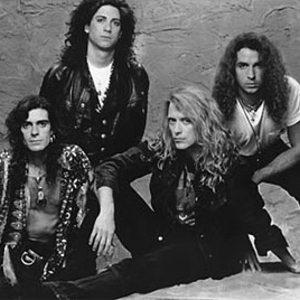 Beggars & Thieves are an excellent melodic rock band, with huge harmonies, that had some minor success in their early days, but failed to become major stars. Formed in New York City by successful session vocalist Louie Merlino and guitarist Ronnie Mancuso. They rounded out the band with former Ozzy Osbourne bassist Phil Soussan and drummer Bobby Borg. After only six live shows they were signed to Atlantic records and released their sensational debut album.

The band hit the road in support of the album and a Top 40 radio hit. However after the tour they decided to leave Atlantic and sign up with Epic.
But the inactivity resulted in Soussan and Borg leaving the band. Mancuso decided to play both guitar and bass, and drummer Bobby Chouinard was brought in to round out the line-up. The follow-up album was recorded, but due to a shake-up inside the Epic offices, the band was dropped and the album shelved. The album wouldn't see the light of day until seven years after the release of the debut.
Merlino and Mancuso continue to record as Beggars & Thieves, and release albums on a much smaller scale. Fame eluded the band, and that is a shame.

We Are the Brokenhearted

Look What You Create