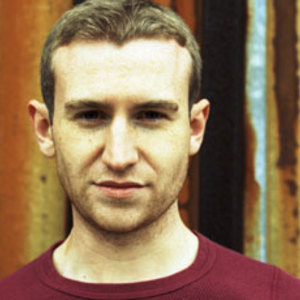 Geoff White occupies a rarified air in which the surreal nature of dreams and the rhythms of everday waking existence merge to create an unusually naturalistic form of electronic music. Having released records on labels such as Force, Inc. and Traum, white has adopted the name Aeroc (pronounced "Eye-rock") in the creation of the stunning Viscous Solid for Ghostly International. The album begins with the aptly titled 'My Love, The Wave Break', in which several lush acoustic guitar lines swell and recede over a constantly mutating beat.

The album begins with the aptly titled 'My Love, The Wave Break', in which several lush acoustic guitar lines swell and recede over a constantly mutating beat. Immediately following this, Viscous Solid establishes its pattern - dark, dsconcerting ambient passages broken by warm, unassuming acoustic ballads that convey the melancholy of a day at the beach or a vaguely remembered love. Soon this pattern envelops the listener, creating an emotional experience akin to swimming in deep waters and surfacing for air only at the last possible moment. Such is the case with 'Onward...Upward', as a trio of notessteeped in haunting echo gives way to the relaxing strum of ethereal melodies of 'Blue Eyed Bitter'. At some points, White's soundscapes fade to the faintest wisp of a drone before building again to a spectacular crescendo and a calmly calculated rhythm.

One might swear that he hears the sounds of birds chirping and pecking, or a live drum sample hidden amongst the lushness of Viscous Solid; amazingly, however, White formed this album wholly from his own guitar lines, which is a testament to his mastery of sound formation and permutation. Having relocated to Barcelona from the American Midwest, one can understand why White's musical moods are so dichotomous on this record, as the uncertaintly of new lands meshes with the sheer joy of discovery and personal cultivation, backed by an underlying ebb and flow of the patterns that govern our lives.