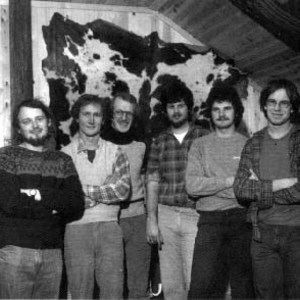 KERRS PINK plays a Progressive rock music mixing Scandinavian folklore and refined English art-rock music like Camel ("Mirage" era). It also includes fabulous dialogs between three guitars, a flute and two keyboards. "Tidings" (2002) is its fifth album, with a new lead singer (And splendid female backing vocals), and a new keyboardist added to F. RUUD's keyboards. The band's music has always been a clever and subtle mix of Scandinavian folk music (Some melodies and rhythms), and Progressive rock music.

The themes are stamped by their great melodic and instrumental beauty with nice guitar solo and keyboards parts: mixing influences like Camel or Pink Floyd amongst others.
At the time being( September 2008) the band is working on its sixth album.
Harald is at the same time about to make some new music of his for what he has called ' Kerrs Pink Project'.

A Journey On The Inside