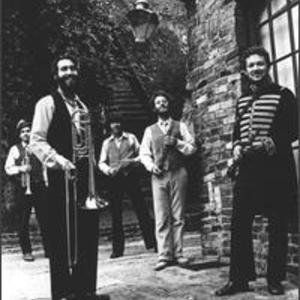 The Klezmorim was a klezmer band formed in 1975. They were widely credited with spearheading the worldwide revival of klezmer music in the 1970s and 1980s. Founded in Berkeley, California in 1975, they first featured strings, particularly the virtuoso violin of David Skuse. After Skuse' departure in 1977, the morphed into a brass band, led by founder Lev Liberman's saxophone and founding member David Julian Gray's clarinet.

As a brass band focused on recreating the sounds of early 20th Century klezmer bands, they achieved worldwide popularity, garnering a Grammy nomination in 1983 and selling out concert halls in North America and Europe throughout the 1980s. Although all the original members had left by 1986, tuba player Donald Thornton, who joined in 1979, continued to tour as The Klezmorim with leading players of the klezmer revival, into the mid-1990s. Although on indefinite hiatus, Lev Liberman took a reconstituted Klezmorim on a successful European tour in 2004. Rumors of new recordings continue to circulate.