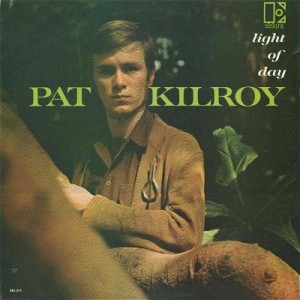 Pat Kilroy was one of the most little-known singer/songwriters to record for Elektra Records in the 1960s, issuing just one album, 1966's Light of Day. It's a strange record, with the folk-blues base common to many performers of the era just before they leapt into folk-rock, but lacking the rock instrumentation and arrangements that would have made it an early folk-rock album. Kilroy's vocals and material are in some ways similar to those on Tim Buckley's weirder late-'60s folk-rock-jazz-psychedelic albums, but without the depth and power of Buckley's singing or songwriting.

Skilled musicians Stefan Grossman, Eric Kaz, and Marc Silber are among the accompanists, and there's a world jazz flavor in the use of conga, tabla, flute, and glockenspiel. The songs sometime seem to be attempting to conjure a mystic aura, but lack the quality content necessary to live up to those ambitions. Kilroy did not release anything other than this LP, which has become pretty rare.