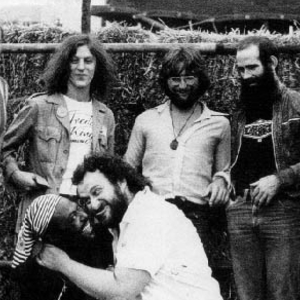 Zzebra were a jazz-fusion and afro prog band active in the UK in the early 1970s. The band was formed when Terry Smith (guitar) and Dave Quincy (saxes) both left If when it broke up and joined Lasisi "Loughty" Amao ex-Osibisa (flute and tenor sax), Gus Yeadon (aka August Eadon) ex-The Love Affair (piano and vocals), Liam Genockey (drums) and John McCoy (bass). They released their first album Zzebra in 1974.

They released their first album Zzebra in 1974.

Terry Smith left before the second album, Panic (1976), was completed. He was replaced by Steve Byrd.