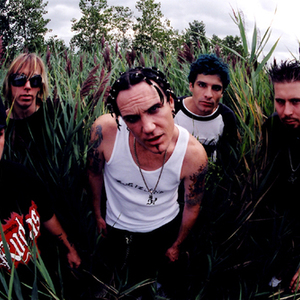 Zug Izland is a rock group, formerly associated with Psychopathic Records. They describe their music style as "an exploration of imperfect human morality brought forth through the imagery of a pure fantasy". Their first album was entitled Cracked Tiles, released in 2003. The lyrics were written by Violent J of the Insane Clown Posse. They were in the song "Cotton Candy & Popsicles" on ICP's The Wraith: Shangri-La album.

The group was then moved to the Psychopathic Records sub-group, Ax & Smash Records (AXS), in early 2004. On this label, they released their sophomore album, 3:33 (three three three). Zug Izland was then released and AXS was closed. They later signed with Valeo Music Inc and plan to release The Promised Land album sometime in 2006. During the making of The Promised Land, they took time to record a cover of the Pink Floyd classic "Another Brick In The Wall" that was released online.

The band created a style of rock and roll known as Toxic Rock. They are the only members of this genre at this present time.