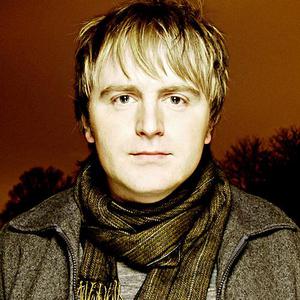 Early December 2002 Askil Holm crawled his way into a studio to record his first album. Along with his regular band, made by members Freddy Bols?, B?rd Ingebrigtsen, Morten Str?m and Sander S. Olsen, they headed for the outskirts of Arvika, Sweden to visit legendary Silence Studios. Anders Lind, who has recently done work for artists such as The Hellacopters, bob hund, and Melody Club, waited there to work with them. Over a period of 10 days all the drum-, bass-, guitar-, keyboard, and vocal-sections were recorded, and the band headed for Oslo to continue working on the record.

Ulf Holand in Lydlab helped them record strings, horns and other instruments. ?Daydream Receiver? was the final result. Askil Holm has himself been in charge for producing the album. Co-workers on the production level have been Lars Horntveth (Jaga Jazzist) who has joined in on the composition-level, Martin Hagfors (Homegroan, International Tussler Society), who has contributed with lyrics and melodies, and B?rd Ingebrigtsen, who has cooperated on the song-writing level.

Out of this time spent in the studio, sprung twelve songs ready to be published March 2003. The album stretches from direct and intense rocksongs, to calm songs filled with nerve and personal lyrics. The easy composition and light sound of the songs shows all the elements of Askils musical expression.

Through the two last years Askil Holm has positioned himself as an up-and-comer amongst the younger crowd of norwegian rockartists. Already as a thirteenyearold he debuted on TV performing on the Norwegian Broadcasting Channel (NRK) as the lead singer of the band Attack. With the song Stup from 1995, the band won the talent contest ?Under 17? on NRK1. In 1998 Attack performed on the norwegian event by:Larm, it's debut year, in Trondheim. After 10 years and five albums with Attack, Askil Holm decided to move to T?nsberg where he started the band Deadweight.

Askil then decided to see what life as a solo-artist was like. His EP ?The Boy with the Boomerang? was published through the, at the time, recently started Apache Records in 2001, and became his first solo-release. ?The Boy with the Boomerang? was well-received by the critics, which secured his band gigs throughout Norway. Winter and Spring 2002 was a great period for Askil. His second EP, ?Seven Days in the Sun? was released on Apache Records\REC 90 with distribution through EMI and Virgin in february, and the critics loved it. Norwegian VG gave the release 5 dots on the dice, and referred to Askil as the ?new comet? within the norwegian rockscene up ahead of the annual by:Larm event.
And by:Larm would also prove to be the scene which provided Askil Holm with his final breakthrough as a solo-artist. At by:Larm he won prices for best live-artist from VG and NRK Petre, as well as being awarded the price for song of the year for his ?The Boy with the Boomerang? by the Norwegian Musicpublisherassociation. As an extra price, his concert was given 5 out of 6 by two of the largest newspapers in Norway, VG and Dagbladet. After by:Larm, Askil and his band have been busy. They have given a lot of concerts, such as performances at norwegian musicfestivals Norwegian Wood and the Quart Festival, where they have been received with welcoming arms by both critics and crowd. VG and Dagbladet awarded his Norwegian Wood-performance with a golden five out of six, whilst Aftenposten, another large actor within norwegian newspapers, felt the concert scored a 6 out of 6 possible, which might provide a hint on the energy Askil and his band pour out on stage.

June 2002 Askil Holm signed a contract with Universal Music AS, Norway. After a long tug-of-war between the big norwegian record-labels, Universal proved to be the one giving Askil the most artistic freedom, thus becoming one signature richer. After this numerous exciting things have happened to the young norseman hailing from Namsos in Mid-Norway.

Askil Holm and his band with members Freddy Bols?, Daniel Hovik (joined spring 2003), B?rd Ingebrigtsen og Morten Str?m have experienced two fun and eventful years together. 2003 started off with Askil adding the song ?Seven Days in the Sun? to the soundtrack of Hollywood-director Harald Zwarts movie ?Agent Cody Banks, which now has been viewed by over 3 million people in the USA. Askil himself attended the premiere in Los Angeles, and when Harald Zwart opened the movie in Fredrikstad, Norway july 2003, Askil held a small concert for the occation. The movie premiered just before he, with the band, released the critic-reknowned album ?Daydream Receiver? on Mercury/Universal. Daydream Receiver hit the recordstores mid-March 2003, and has since its release harvested 4 sixes (on the dice), 30 fives, and a few fours from norwegian albumcritics.

During the time since the record was released, Askil and his band has, played an overall of 70 concerts during spring, summer, and fall 2003, always leaving with good reviews. The song ?Daydream Receiver? is a hit, and is beening played on a regular basis on norwegian radiochannels.
Fall 2003 started off with one of Askils songs being added to the soundtrack to the norwegian movie ?The Woman of my Life [Kvinnen i mitt liv]?. ?Daydream Receiver? is in the movie, which has been one of the most popular movies in norwegian cinemas the fall of 2003, with 200 000 viewers.
One big moment in the lives of Askil and his band was to play at the televised fundraiser for the Redd Barna [Save the Children]-foundation with the Broadcastingorchestra in october 2003. The fundraiser was a huge success, Askil and members played the single ?Turbulence, and then gave some of their tourprofits to the foundation.

The last thing that happens in 2003, is Askil Holms international debut, with the release of an album in Japan. Syft Records, a wellreknowned record-label in Japan, will in december release the album ?Seven Days in the Sun ? Album?, which contains songs from the two previous EP's, as well as the bonus song ?Cortez the Killer?, originally written by Neil Young.

The future looks bright for Askil, who is currently working with a new album. If you have the opportunity to attend one of his concerts, there is a good chance you will see Askils energetic and charismatic stageperformance unravel. Askils contribution to the norwegian rockscene, as well as the international rockscene, will, if you look at his past reviews, be something to look forward to.