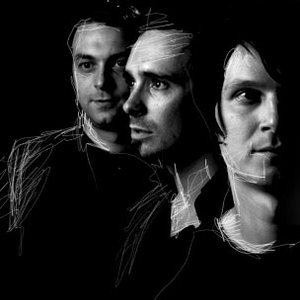 Zornik is a Belgian rock band, which gained a fair amount of mainstream attention. It was formed in 1999 by Koen Buyse (singer and guitarist), Marijn Horemans (drums) and Kristof Vanduren (bass). In 2003, Kristof decided to leave the band. For the summer festival shows, he was replaced by Bas (Millionaire) who also joined the band in the studio for the recordings of the second album. Although they're mostly known for their more poppy songs, their albums also show some great acoustic and harder rock songs.

Although they're mostly known for their more poppy songs, their albums also show some great acoustic and harder rock songs.
They've produced four albums up to now: The Place Where You Will Find Us, One-Armed Bandit, Alien Sweetheart and Crosses.

The album Crosses was released in april 2007. The first single of the album is called Black Hope Shot Down and is a harder rock song again, after the accoustic third album...

In november 2008, they released a new album, called 4.000.000 Minutes, after the time the band exists. It bundles all the singles, two new tracks and some b-sides.
The two new tracks were 4 Million Minutes and Forgotten

At the moment they're working on their new album Less > More which will be released in October 2012.
This Autumn, the band will play smaller venues, having promised a different concept of concerts we're used to from the band.

Blinded By The Diamonds