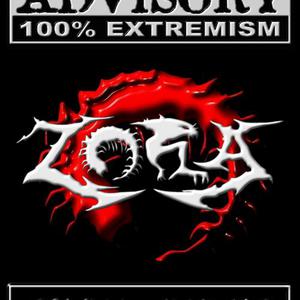 There are 3 Zora: a) Zora is an up-and-coming electronica Vocalist, Producer, Songwriter and DJ. She prides herself on composing, recording, and producing her own music ? as well as creating and editing her own music videos. Zora often collaborates with other producers in a variety of genres but is currently focusing on producing her next solo EP/album, set for release this summer, 2012. This songstress's music is a blend of vocal artistry and electronic fervor, encompassing multiple genres to express the myriad of emotions she experiences.

a) Zora is an up-and-coming electronica Vocalist, Producer, Songwriter and DJ. She prides herself on composing, recording, and producing her own music ? as well as creating and editing her own music videos. Zora often collaborates with other producers in a variety of genres but is currently focusing on producing her next solo EP/album, set for release this summer, 2012.

This songstress's music is a blend of vocal artistry and electronic fervor, encompassing multiple genres to express the myriad of emotions she experiences. Upon hearing some of Zora's happier, carefree dance tunes, most wouldn't think to assume that she came from humble beginnings; having to face life's hurdles and unpredictability early on. But despite her jovial demeanor and catchy pop tunes, she has had her share of struggles, as revealed in her darker, more introspective autobiographical songs. Nonetheless, Zora's music is a reflection of her determination to transcend adversity, as well as to leave the listener with sounds that know no limits or boundaries.

Hungarian by birth, American by circumstance, Zora's inspiration for music has been shaped by hardships she experienced early in life. At the age of three she was separated from her father after he fled Communist Hungary in hopes of finding a better life in America. This was followed by the sudden and tragic death of her mother. In turn, at the age of eight, Zora packed up her life in Hungary to reconnect with her father living overseas in America.

Zora's move to the U.S. was bittersweet. While it opened doors to an exciting world of new possibilities, it also left her conflicted and isolated. As first-generation immigrants, the family often moved from state to state, trying to find their place in the new world. Zora spent much of her childhood years wandering and exploring the U.S. By the time Zora graduated high school, she had attended more than twenty different districts throughout the country. Growing up amongst kids who didn't embrace her cultural differences, Zora also found herself being ostracized by her peers. It was during this time of instability that Zora turned to music for escape. In her bedroom, sequestered from the turmoil that ransacked seemingly every moment of her life, Zora exercised the one joy in her life that had not been stripped from her. She sang. Her gift, her passion, was her voice, a voice she came to find could channel anguish and make the world outside her bedroom fade.

Zora's vocal abilities were recognized early on. In Budapest, she sang for a televised commercial at the age of six, and at the age of sixteen, successfully auditioned for a national singing competition. Zora found solace in singing, even at a young age. She started writing songs at the age of thirteen, and as the years progressed, Zora participated in numerous talent shows, ?open mics? and chamber choir performances in New York and Ohio.

Zora's introduction into the professional music world was preceded by her education however, as she embraced the stability of a college education with the intention of becoming a Doctor. She earned her Bachelor's Degree in Biology and was accepted into Medical School. But it was here that Zora understood that her passion for music could not be suppressed. The exactness of science compounded with an atmosphere of the sick and the dying thrust Zora back into the arena of composition. With no room for creativity in medical school as well as her increasing frustration with the corrupt medical establishment that exists today, she finally decided to once and for all end the internal conflict that had been playing in her head since the beginning. Zora dropped out of medical school to face her next big challenge in life: Pursuing her dream of making it in the music industry. Having faced mortality both inside and outside of the classroom has given her a fearless edge, which is why giving up financial stability and security does not scare her.

As she puts it. ?What would be more daunting is looking back when I'm old, knowing that I did not take the chance to pursue the one thing that truly makes me happy. A path laden with obstacles only makes one stronger. And cutting into human flesh gives you insight and a new perspective on life. For me, it was the realization that I would rather die than to confine that free, creative spirit and voice that's been itching to come out for so long. I suppose I'm a bit eccentric, but I've come to terms with that. I simply cannot and will no longer fight that uninhibited, spontaneous, ?bohemian' blood that flows inside of my veins.?

From classical to electronic, Zora has had a wide range of influences, which over time have evolved considerably. Growing up in the cities of Budapest and New York, Zora was heavily immersed in the culture of each city; attending piano concertos, operas and musical theatre productions, early on. Recently, Zora's collaborations with European producers have gained her an appreciation for electronic music; including Dubstep, Drum & Bass, Trance, Progressive House, and Dance music. A self-taught pianist, Zora is also quickly gaining recognition on YouTube for her soulful renditions of popular songs.

In October of 2010, Zora released her self-produced debut EP, ?Cognitive Dissonance.? She produced, wrote and recorded the four songs on the EP which is now available on SoundCloud. Recently, Zora released her Electronica EP entitled, ?Synthetic Love,? which was produced by U.K. Producer/DJ/Remixer, Paul Rayner. This album is a fusion of Dark Electro-Pop, Dubstep and Down-tempo tunes ? with an additional Tech-House remix track? Upon completion of a dozen-or-so original electronica collaboration tracks in 2011, this new year, Zora has decided to focus on her solo material.

Currently, Zora is working on her self-produced EPs. If one must categorize these albums into a genre, then the first EP would be labeled ?dark electro-acoustic,? in which she combines her love of the piano with vibrant electronic soundscapes and haunting vocals ? while the second EP promises to be more Dubstep oriented; made to get people ?down and dirty' on the dance floor.

c) Zora is a brutal death metal band screaming its extreme hate from Southern Italy - Calabria. The band is made by two members from Glacial Fear (www.glacialfear.it - www.myspace.com/glacialfear ) P. Pascale (vocal and guitar) and Tat0 (bass) and by A. Di Meco (drums). Zora recorded its first cd-demo in Feb 2004, "Dismembered Human Race"; it's a powerful mix of brutal hate and extreme rebellion against everything and everyone suffocating our planet... this work is composed by 5 songs, mixed by G.luka Mol? (Sound Farm Studio - Catanzaro - Italy). Zora screams its extreme message during its concerts without compromises, and writes more and more lyrics every day, taking its inspiration from the huge need of vent characterizing this band. Therefore a new work, "U.V.A." ( Undisciplined Violent Aggression ), was born in Dec 2004, a mini-cd composed by new six songs extremely cured thanks to the production obtained again at Sound Farm Studio. During 2005 the Italian label "Eyes of the Dead Productions" produces a split-cd Zora/Sickening and it reprint the first demo-cd "Dismembered Human Race" , always in 2005 Zora signs a contract of production with the american label "Malicious Intent Records" which reprint mini-cd "U.V.A.". In October 2006 Zora is ready with its first full-lenght cd, "GORE", composed by ten new songs and records and mixed near Sound Farm Studio; this new job will be produced and distributed within short time, for info come in the official web page of the band.