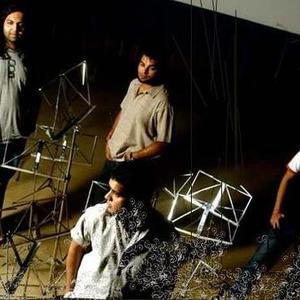 1. Zero is a jam band formed in 1980, founded by Steve Kimock and Greg Anton. Their music is a mixture of jazz, rock and blues - free flowing. Soon they were joined by other Bay Area musicians from the psychedelic caravan, sharing the same spirit: John Cipollina, John Kahn, Banana, Martin Fierro, Bobby Vega, John Farey and Steve Wolf. They have released eight albums. It's not the vocals that define Zero's music - it's never ending instrumentals - a mental journey if you will. Never chaos though - a well organised trip of musicians who know how to blend their own ways of playing into one way. All being equal and sharing a high quality approach when it comes to recording and playing live - a common goal. With a nearly 150 years of professional playing experience among them and credits with bands like the Grateful Dead, Quicksilver Messenger Service, Etta James, Paul Butterfield, Jerry Garcia and Merl Saunders, these guys have been there and know what its all about.

2. Zero is a shoegaze/post-punk artist from France. He is also a live member of Alcest - guitar/backing vocals. He has not released an album yet, having only released six demo tracks, three of which are available for download (Numb, State of Mind, and Anyway) on his web site (http://www.killhimplease.com/index2.htm) and two only released to fans (Nothing and Until). Another track (Happy Ending) has been recently added on his myspace: http://www.myspace.com/killhimplease

3. Zero is a Berlin-based french/german rock band. They make 90's influenced indie/alternative rock with french lyrics. In 2007, they released a 4-track EP, ?Les suicid?s? on the music sharing site Jamendo.

4. Zero was formed in Mood Indigo at IIT Bombay on July 1998. That day would be a red-letter day for a bunch of musicians who, apparently, didn't hold themselves in too high an esteem. Either way, they decided to form a band called Zero and performed at Mumbai's premier rock campus festival. True to paradox, they went on to become one of the most popular live acts in Mumbai. They still do not see music as a profession though, unfortunately Rajeev, the vocalist, works in a healthcare firm. Warren, the guitarist, is a sound engineer. Siddharth, their drummer, is a producer with a radio station, and the bassist Girish is a law student.

5. There is a band from Brazil also called Zero.

7. There's also a Portuguese band called Zero, formed from the remaining members of BAN after their break-up. They were active for a short period during the 90s.

8. Zero also refers to a Korean pop band popularly known for songs featured in the series Beautiful Days in Korea.

9. A synth punk band from Uruguay in the mid to late 80s.

10. Zero was a heavy metal band from Spain. Their only full-length release was entitled "En La Batalla" in 1985.

11. Breakbeat and electro house producer based in Cambridge, UK

12. Released albums such as Am I Your New Toy

Chance In A Million