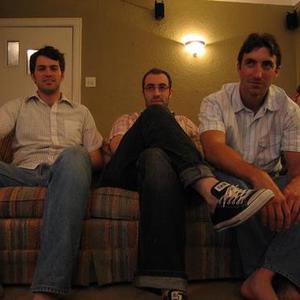 With the completion of their second album, Pretty Girl Charm Lies, the East Dallas band The Zapruder Sequence have crafted a document that touches on their influences yet also builds upon them to forge a distinctively ?ZS? sound. Recorded by Stuart Sikes, mastermind behind such heavy-hitters as The Walkmen's Bows and Arrows, The White Stripes' White Blood Cells and Cat Power's most recent classic The Greatest, the album distills much of what the band values in the rock, country, and pop communities into a seamless whole.

Says Jordan Munn, songwriter for the quartet since its inception in 2001: "Every person or band that I've loved musically has been an innovator in some way. Whether it's Neil Young, the Old 97's, the Pernice Brothers, Califone, or Calexico, they've all managed to balance making appealing music and pushing their art into new places. So that's the tradition I buy into, the tradition of innovation."

With comparisons to the late great Replacements, the aforementioned Old 97's, the Lemonheads and current popsters the Long Winters, the Zapruder Sequence successfully incorporates those punk, country, rock, and pop sounds into its repertoire.

?The Zapruder Sequence is?swagger and drawl?with enough young blood to pump some pop and rock into Texas' deepest wells of inspiration?and their latest disc, Pretty Girl Charm Lies, is a heartbreak roadtrip from El Paso to Dallas, from Austin to Marfa."
?Sam Machkovech