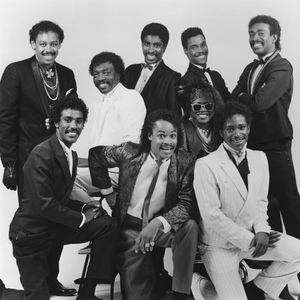 Roger Troutman (b. 29 Nov 1951, d. 25 Apr 1999), was the lead singer of the band Zapp who helped spearhead the Funk movement and heavily influenced West Coast hip hop due to the scene's heavy sampling of his music over the years. Troutman was well known for his use of the talkbox, a device that is connected to an instrument (frequently a keyboard) to create different vocal effects. Roger used a custom-made talkbox--the Electro Harmonix "Golden Throat," as well as a Yamaha DX100 FM synthesizer.

As both lead singer of Zapp and in his subsequent solo releases, he scored a bevy of funk and R&B hits throughout the 1980s. In his later years, he was mostly known for singing the chorus to the hip-hop classic, "California Love".
Contents
[hide]

All The Greatest Hits