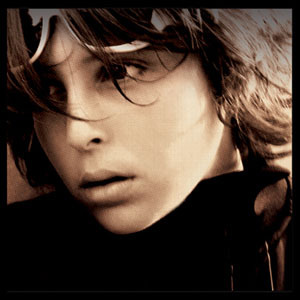 To say that Zach has had a more rewarding, productive career at the tender age of 15 than most of us have in a lifetime might be an understatement. At 6 years old, Zach made the bold move from child to child star, booking his first gig with the ?Junior Musical Theater Company'? and he hasn't looked back since. In fact, you may recognize Zach from his years in musical theater, performing in everything from ?Oliver' to ?Footloose' to ?The Sound of Music'.

Or maybe it was when he lent his talents as a performer to benefit concerts for ?War Child Canada', ?Cancer Care Manitoba', and ?The Lance Armstrong Foundation'. You may have even seen him on national television as a featured entertainer on CKY, CHUM's CITY TV, and on commercials for the highly successful K-TEL Pops CD.

Amid the hours it takes to prepare for school, theater auditions and rehearsals, vocal lessons, and acting workshops, Zach still finds the drive to work on his own music on his own terms, performing at venues like ?The Fringe Festival', ?Red River Ex', ?Academy Coffee House', or ?McNally Robinson'. He also hand picked Juno Award Winning producer, Brandon Friesen, to help him craft his first full length CD-?A Mind To Be Thinkin'.

It's Zach's family that has instilled and helped develop that ideal in him. They provide the support and nurturing every child needs growing up, as well as NOT providing the typical stage parent mentality. They have allowed Zach to make his own decisions as well as make his own mistakes, knowing he'll be all the better for it. This is not to say he does everything by himself. The 2006 Canadian Idol finalist, Rob James (McMaster & James), has been a good friend, mentor, and vocal coach to Zach over the last year or so.

?Zach's a natural performer,? comments Rob. ?We have a lot of fun together, yet when we work, he's totally focused and absorbs everything.?

Even though his debut CD ?A Mind To Be Thinkin' was released in Feburary 2007, it didn't happen soon enough for Zach. He has a penchant for wanting things done yesterday and isn't shy about telling you. He's also not about to let the lack of patience get the best of him either.

?The last 2 years or so getting this CD written and recorded seemed to last forever. But then I started to realize that sometimes it takes awhile if you want something done the ?right way' and not just the ?fast way'?, laughs Zach.

When it came to recording vocals for the CD, Zach found inspiration in many forms; some of it in artists like Michael Buble, James Blunt, and Daniel Powter; some of it in the form of popular musicals like RENT and Chicago, but most notably would be his affinity for the international music superstar...Celine Dion.

?Yea, it's true,? remarks Zach, ?I'm a big fan. I spend time almost everyday singing one of her songs.?

The CD itself has a little bit of everything that Zach digs as a performer. ?The Power Of One' is a piano ballad that has a slight nod to the aforementioned Miss Dion, while more mid tempo songs like ?Fabulous' and ?Beautiful' hint at a more current, accessible Daniel Powter kind of vibe. To round it off, there's the title track, ?A Mind To Be Thinkin', with its ABBA-esque harmonies, playing off his musical theater background.

Even now, as Zach continues to busy himself with preparing for his CD release, rehearsing with his band, booking subsequent gigs to help promote the CD and the general workload of being a 15 year old boy, he has decided to take on a roll in the up coming production of ?SUESSICAL'. It's obvious more than ever that Zach is never content with what he's already accomplished? he's always looking forward? working towards a new goal...never looking back.

A Mind To Be Thinkin