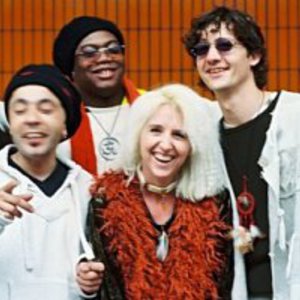 Once, long ago, emotion, groove and soul were integral components of many forms of popular music. Then the 80s happened, followed rather forgettably by the 90s, and music underwent a radical transformation: Emotion was either buried under the mechanized forms of metal, rap, hip hop, and techno, or subverted by the schmaltz of power ballads and smooth jazz. Purveyors of pure musical passion were few and far between. What was a poor soul/groove fan to do?

One can imagine keyboardist Robert Matt and flutist/saxophonist Annie Hilsberg asking themselves that very question when the Berlin natives met in 1991. Finding common ground in their ideas and approach, they decided to cast their musical futures together and in 1992 formed Yulara, named for an obscure Australian village rich with spiritual echoes of the past and future. The word Yulara actually translates as "the howling of the dingos".

With their first recording, All is One, they laid down the template for a new sound, blending elements of jazz, funk, dance music, ambient grooves and sampled nature sounds into an organic fusion. They refined and expanded upon that approach with their follow-up recording, Cosmic Tree, which explored the interconnectedness between people, animals and the natural world. With their new CD, Future Tribe, Yulara continues further down the path to bring people of different cultures together through the power of music.

At first listen, some might call this world jazz, what with its multi-faceted mix of styles. But Yulara's music stubbornly resists labeling. "We don't make music to fit one format," says Robert. "We just make what feels good to us, and it just happens to be a mixture of different things and influences from world music, jazz, ambient, trance and dance music. We don't pay much attention to whether we fit a genre or not. What matters is whether our music expresses what we like to hear."

By fusing different sounds from different cultures, Matt and Hilsberg have made Yulara into a kind of global village in which, as Robert's says, "There is a hut for everyone."

A prime example of this concept is the tune "Bridges to Shambala" from the new CD, described by Annie as a place in Russia inhabited solely by spirit life. The mid-tempo track audaciously melds a sampled Russian choir with Annie's soulful alto and Robert's electronic keyboard comping. It's the kind of musical gamble that, attempted by lesser musicians, could easily sound forced and phony, but it's one Matt and Hilsberg routinely handle with finesse. Says Annie, "We think of the music as trying to build bridges, not only between musical styles, but also to the higher self within us, to the love within us."

The foundation of the Yulara sound is based on the Duo's compositions, around which Matt then builds danceable grooves with keyboards, drum programming and samples. "Some tunes begin with the melodies that Annie creates, plus the really round, special tones she is able to produce," says Robert. "I have the feeling when I hear her playing that it's more than music, and this is what we're striving for, to get this extra vision."

Future Tribe spotlights the duo's increasingly jazzy, uptempo direction, another stage in their musical evolution. The opening track, "Om Namah Shivaya," announces this progression in no uncertain terms. Robert's drum programming immediately lays down an unstoppable groove, while Annie breaks out a righteous theme on sax and flute and then trades riffs with Robert's acoustic piano. This funky number would be right at home in a '70s Isaac Hayes movie.

While that track hits fifth gear from the opening bar, many of their other tunes tend to sneak up on the listener. Often, a track will start slowly, with an almost trancelike cadence, then gradually the intensity increases. Before one is aware of it, arms and legs are moving in rhythmic patterns. Think stealth jam.

"We always try to incorporate different streams in the music, trying to make it three-dimensional," Robert explains. "If you want, you can just have it in the background as a kind of steady vibe. But at the same time, you can totally dive into the sound, and enter into other sound worlds as well." The samples, many of them chants, form an integral part of the trancelike aspect of Yulara, but are incorporated so seamlessly that one is often unaware of their status as sampled sounds. Their use is no contrived gimmick, but an essential, organic component of the music that evolved naturally along with the other elements. (They also underscore the duo's mission to bring people together spiritually.)

These samples are wide-ranging in origin, both in terms of geography and physical time. Many are from nature: sounds of birds, whales, seals, the wind, the ocean. Some are human: chanting monks from Kyoto, aborigines from Queensland, ancient tribes from Africa. Some are new, many are old, having been made in the 1940s and even earlier: the spirits of the past, lending their essence to Yulara's sound of the present.

Notwithstanding all these elements, Yulara's creators never allow their soundscapes to become cluttered with noise for its own sake. "We always try to leave space, because space is another element of music, one that allows the music to breath," says Annie. It's a simple yet valuable tenet that many contemporary musicians would do well to emulate.

Yulara's principals are classically trained (Robert at the Dick Grove School of Music in Los Angeles; Annie at Boston's Berklee College of Music), but rebelled at what they perceived as academic boundaries. "I was always arguing with the head of the music school about what you can and can't do in music," Robert recalls. "I always said you can do anything as long as you make it work."

Hilsberg's epiphany came when she joined a band of African musicians called Saraba, in which she learned that it's not how many notes you play, but how you play them. "It made me realize that you don't have to play as much as possible, but you do have to play as if you mean it," she says. "Many musicians today have incredible technique, but they don't know how to touch the heart."

The city of Berlin, with its vibrant, evolving music scene, continually inspires Matt and Hilsberg to keep pushing the envelope of the Yulara sound. As well, it's a meeting ground for progressive musicians from both eastern and western europe, a unique talent pool that provides many of the guest musicians who show up on Yulara's records. Their own sounds, influences, and even compositional contributions are eagerly welcomed into the mix.

On Future Tribe, world-famous French singer Angelique Kidjo not only sings on the atmospheric title track, but helped write it. It's another impressive soul-groove workout, with Kidjo's impassioned vocals complemented by Annie's woodwind improvisations. Yulara and company sweep the listener up on a journey to a faraway place of myriad musical colors, all of them coolly beautiful.

Also making his presence felt on the new CD is Poland's Jacek Serczyk, who coaxes a balalaika-like sound from his acoustic guitar on the track "Rodina" (which means "home" in Russian). Serczyk's beautiful tone enhances the wistful, Nino Rota-like theme stated by Annie's flute. It's yet another example of the perfect musical accord that Hilsberg and Matt achieve with their guest musicians. As inspiring as Yulara is on record, the band is even more effective live, as Robert and Annie love to feed off the energy of an audience, no matter how big or small. They've played to as little as 30 people in the early days to as many as 10,000 at a recent concert in Berlin. They've even played in a gothic church, and are open to future concerts in eclectic locations. They especially like playing in Poland due to the openness and enthusiasm of the people. And, of course, they are eager to do their first U.S. tour, which is currently in the planning stages.

One thing they've learned from playing live is that audiences today are hungry for music that speaks to the emotions as much as the intellect. Robert sums it up this way: "We are two musicians who are trying to bring our love to music, and to bridge the gap between people. That may sound a little like hippie style, but love for music is why we do this. Hopefully, through our music, people will also begin to think about who they are and about the love and spirit inside them.