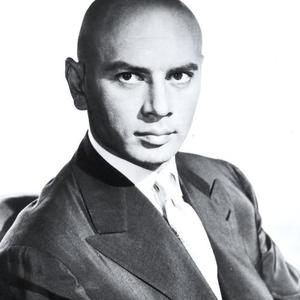 He was born Yuliy Borisovich Brynner (Russian: ???? ?????????? ???????) in Vladivostok, Far Eastern Republic. His father, Boris Brynner (Russian: ????? ??????), was a mining engineer of Swiss and Mongolian ancestry and his mother Marusya was a housewife. Brynner exaggerated his background and early life for the press, claiming that he was born Taidje Khan of part-Mongol parentage, on the Russian island of Sakhalin. A biography published by his son Rock Brynner in 1989 clarified these issues.

Brynner exaggerated his background and early life for the press, claiming that he was born Taidje Khan of part-Mongol parentage, on the Russian island of Sakhalin. A biography published by his son Rock Brynner in 1989 clarified these issues.

He claimed to be a quarter Romany and in 1983 was elected to the position of Honorary President of the Roma, an office that he kept until he died. He also infrequently referred to himself as Julius Briner[2]. In addition to his work as a performer, Brynner was an active photographer, and wrote two books.

After Boris Brynner abandoned his family, his mother took Yul and his sister, Vera Bryner (Russian: ???? ??????), to Harbin, China, where they attended a school run by the YMCA, and in 1934 she took them to Paris.

During World War II, Brynner worked as a French-speaking radio announcer and commentator for the U.S. Office of War Information, broadcasting propaganda to occupied France.

He began acting and modeling in his twenties, and early in his career he was photographed nude by George Platt Lynes.[3]

Brynner's best-known role was that of King Mongkut of Siam in the Broadway production of Rodgers and Hammerstein's musical The King and I which he played 4,626 times on stage over the span of his career. He appeared in the original production and subsequent touring productions, as well as a 1977 Broadway revival, London Production in 1979 and another Broadway revival in 1985. He also appeared in the film version for which he won an Academy Award as Best Actor, and in a short-lived TV version (Anna and the King) on CBS in 1972. Brynner is one of only nine people who have won both a Tony Award and an Academy Award for the same role.

Yul Brynner was married four times, the first three ending in divorce. He fathered three children and adopted two others.

He and his first wife, actress Virginia Gilmore (1944?1960), had one child, Yul Brynner II, who was born on December 23, 1946. His father nicknamed him "Rock" when he was six in honor of boxer Rocky Graziano, who won the middleweight title in 1947. Rock is a historian, novelist and university history lecturer at Marist College in Poughkeepsie, NY, and Western Connecticut State University in Danbury, CT.[4] In 2006, Rock wrote a book about his father and his family history titled Empire and Odyssey: The Brynners in Far East Russia and Beyond.

Brynner reportedly had an affair with Marlene Dietrich in the early 1950s and, allegedly, another with Judy Garland in the mid-1950s.[citation needed] His daughter Lark Brynner (born 1958) was born out of wedlock and raised by her mother[who?].

Brynner's second wife, Doris Kleiner (1960?1967), was a Chilean model, whom he married on the set during shooting of The Magnificent Seven in 1960.[5] They had one child, Victoria Brynner (born November 1962), whose godmother was Audrey Hepburn.

His third wife, Jacqueline Thion de la Chaume[6] (1971-1981), was a French socialite, the widow of Philippe de Croisset (son of French playwright Francis de Croisset), a publishing executive, the victim of a car accident. Brynner and Jacqueline adopted two Vietnamese children: Mia (1974), and Melody (1975). The first house that he ever owned was the Manoir de Criqueboeuf, a sixteenth-century manor house that he bought with Jacqueline.[6]

Knowing he was dying of cancer, Brynner starred in a run of farewell performances of his most famous role, The King and I, on Broadway from January 7 to June 30, 1985, opposite Mary Beth Peil. He received the 1985 Special Tony award honoring his 4,525 performances in The King and I.[8]

Throughout his life, Brynner was often seen with a cigarette in his hand. In January 1985, nine months before his death, he gave an interview on Good Morning America, expressing his desire to make an anti-smoking commercial.[9] A clip from that interview was made into just such a public service announcement by the American Cancer Society, and released after his death; it includes the warning "Now that I'm gone, I tell you, don't smoke. Whatever you do, just don't smoke. If I could take back that smoking, we wouldn't be talking about any cancer. I'm convinced of that."[10] This advertisement is now featured in the Body Worlds exhibition.

Yul Brynner is interred on the grounds of the Saint-Michel-de-Bois-Aubry monastery not far from Luz?, between Tours and Poitiers, Vienne, France.