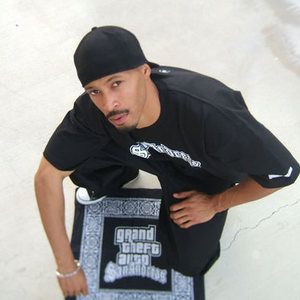 Young Maylay, born on the West Coast raised in Los Angeles amidst the turbulence of riots and gang violence has been cultivating his lyrical skills since a teenage G. Young Maylay is emerging into the Hip Hop scene with the whole West Coast behind him pushing. The message is certified authenic experiences of inner city life which led to Young Maylay being featured on popular compilations and underground mixtapes such as Killa Tay's "Thug Thizzle" (2000), and Rodney O & Joe Cooley's "Summer Heat" (2002).

The showcase of Young Maylay's talents has gained him the respect and acknowledgement within LA's Hip Hop establishment. Maylay will release his mix tape this summer and is currently featured on King T's Latest album "Ruthless Chronicals" (out now) & DJ Warrior's "Coast Control" (out now). Maylay is well on his way to leaving an indelible mark on Hip Hop. BUCKLE YOUR SEAT BELTS!!

Currently Young Maylay has expanded his presence beyond the realm of music with the lead role of Carl "CJ" Johnson in Rockstar Games "Grand Theft Auto: San Andreas".