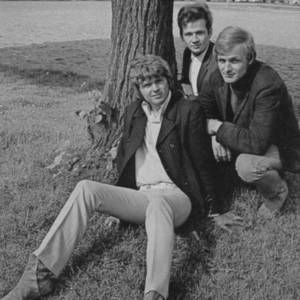 Young Flowers existed less than 3 years, but more than 30 years afterwards it is a group that is remember with much veneration, when and if they can remember the six-ties. Young Flowers was the first example of a Danish 'super group' inspired mostly by the sound of the British trio Cream. Bass player, vocalist (and spokesman) Peter Ingemann was a jazz renegade, who had played with a vast number of musicians in that area.

Drummer ken gudman had played with a vast number of rock bands since his early teens, e.g. The Defenders, and 'the quiet one' Peer Frost had been a sideman to the great singer Peter Belli and the international hitmaker Sir Henry, which gave his innovative guitar playing some restrictions. In this context it flowered as much as the stage outfit.

Not that Young Flowers was the greatests rock'n'roll band of the sixties in Denmark. As the matter of fact there were quite a few bands that were not... in that period most bands would not have a tag like 'best' or 'greatest' pinned on them- It wasn't competition as much as playfulness that was in charge of the rock scene in Denmark, at the time.