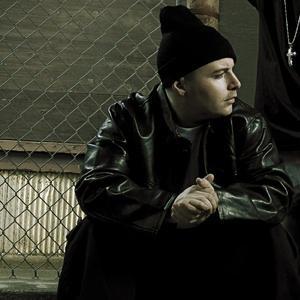 Young Dru DRU started a buzz in the streets at a young age by being the only "white boy" in the ghetto. even though he was different he got & still gets respect on every turf in Vallejo,ca. He made his first appearance with the highly controversial rap group YOUNG "D" BOYZ. They had so much going on in the streets at that time, they sold thousands of units underground with no distribution. DRU hooked up with a producer by the name of JOHNNY Z. He had a studio down town but was about to close it down so DRU asked him if he wanted to make a compilation.

DRU started a buzz in the streets at a young age by being the only "white boy" in the ghetto. even though he was different he got & still gets respect on every turf in Vallejo,ca. He made his first appearance with the highly controversial rap group YOUNG "D" BOYZ. They had so much going on in the streets at that time, they sold thousands of units underground with no distribution. DRU hooked up with a producer by the name of JOHNNY Z. He had a studio down town but was about to close it down so DRU asked him if he wanted to make a compilation. Z thought it was a good idea so they began to record. DRU brought all the underground rappers from the streets & Z got all the bigger named artists to participate. They put out the "707 comp", DRU's debut solo release "FLAME SPITTER", & "707 the sequel". That built the foundation for DRU's career along with help from JAY TEE of N2DEEP/LATINO VELVET by featuring DRU on almost every one of his releases. JAY TEE's been down with DRU forever. JAY TEE"s pops, BABY BASH's pops, & DRU's pops grew up together in vallejo, so they knew each other way before any of this rap shit jumped off. When Z decided to move away, he left DRU with the rights to all DRU's music including a album that they had just finished "IF I HAD A MILLION FANS". DRU put out that album all by himself with no label or distribution. No magazine adds no radio or t.v. exposure no big name producers & no features. That album sold more than any of DRU's previous releases. It also showed everyone that DRU didn't need anybody to sell units & that he could do it by himself. After that everybody had DRU's name in there mouth. DRU's buzz got so big in the streets that the word got up to the bosses. DRU started fuckin with KILO CURT & MIAMI on a day to day basis. Blowin backwoods in expensive whips while talking buisness. DRU knew MIAMI since he was a kid & they always blew big. One morning MAC DRE called MIAMI while DRU was rollin up some cat piss. He said he was coming through vallejo on his way to sacramento & he asked "who got it?" MIAMI looked right at DRU & said "DRU got it". MIAMI got off the phone & told DRU "come on we gotta go meet DRE at the gas station in south vallejo". When they pulled up DRE was sitting in his benz, so DRU got out & walked up to him. DRE anilized the piss to make sure it was the real deal. DRU said "its that kitty urine". DRE agreed, then told DRU that he heard DRU was "tearin shit up on the streets" & that he wanted to work with him. He told MIAMI to bring DRU to the studio later so they could rock something. That night MIAMI & KILO brought DRU to the THIZZ studio to make a song with DRE. DRU had met DRE a couple times before & they made a couple songs in the past but DRU never really had a chance to get to know him until then. That night they made "MAFIOSO" the song was so hot DRE put it on his album "AL BOO BOO".

All the sudden DRU couldn't go any where with out someone telling him " i heard you on MAC DRE shit " that instantly blew YOUNG DRU's name up bigger than it ever had been before making DRU the official #1 unsigned underground artist in Vallejo. Not only with the fans but with the people within the industry as well. One day DRU was in the solono mall in fairfield,ca. having a meeting with a promoter who wanted to book DRU for a autograph signing session in his store & he also wanted to book DRU for a show he was putting on in sacramento,ca. after the autograph session. He told DRU that YUKMOUTH was already booked to do the same events &
that he wanted YUK to hear DRU spit. At that very moment J.DIGGS walked into the store. DRU & DIGGS gave each other dap, then started talking about the show & DRU asked DIGGS if he could hook him up with YUK before the jump off. With "no hesitation" DIGGS being the playa he is, he gave DRU the number to YUK's phone. DRU called YUK & introduced himself. He told YUK that he was gonna open up for him at the show in sac. & that he wanted to work with him on some music. YUK told DRU to bring his demo with him to the show so he could hear how DRU was spittin, so he did. They met for the first time at the autograph session & hooked back up at the club later that night before the show. While everyone was performing DRU & YUK were blowin blunt after blunt in the v.i.p. room untill it was DRU's time to perform. YUK watched while DRU "tore the roof off the billin". After DRU was finished YUK & his squad got up & went back to the v.i.p. room to blow some more treez. YUK wasnt interested in watching anyone else perform at that point, because he knew that he already found a star & his name was"YOUNG DRU". That night DRU & YUK clicked & its been on ever since. They kept in contact with each other throughout that year & linked up every time DRU was in L.A. & every time YUK was in the bay. YUK made DRU an official member of the "REGIME MOB". A group that consists of gangstas from every part of the country. DRU is a buisness man & a boss, so he is still the C.E.O. of his own label. DRU has released numerous projects/compilations & will continue to release that hot shit in the future. Most recently he has been getting a huge response from being on MAC DRE's "THIZZ NATION" vol.1, vol.2 , E-40 presents TURF TALK "brings the hood" , MAC DRE "WELCOME TO THIZZ WORLD"& DRU's latest release "V TOWN". He named this album " V TOWN " to pay homage to Vallejo, ca. the city that raised him & stuck behind him through thick & thin. Lately DRU has been in L.A. makin mob moves with YUKMOUTH & the "DRAGON GANG". Be on the look out for DRU on YUKMOUTH presents REGIME " ALL OUT WAR vol.2", YUKMOUTH presents "U.G.A. 3", MAC DRE presents "TREAL TV 2", YUKMOUTH & D.J.RICK LEE present YOUNG DRU (mixtape) & DRU's new dvd & soundtrack "DA YAYO SHOW" yadidamean? like whaaaaaaaaaa!!!!!!!!! "THROW YA V's UP MAC DRE "Thizz In Plush"