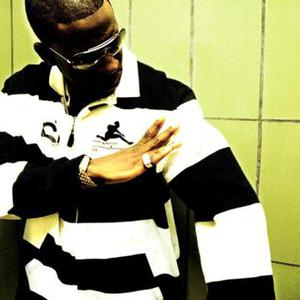 D'Juan Hart (born January 15, 1979 in Bankhead, Atlanta), better known by his stage name Young Dro, is an American rapper signed to T.I.'s Grand Hustle Records. He released his debut album, I Got That Dro, independently in 2000 under the name Dro before signing with Grand Hustle in 2005. His major label debut, Best Thang Smokin', was released in 2006, and his second album, P.O.L.O (Playas Only Live Once) will be released sometime in 2010.

Born in the notorious Bankhead Court housing project, Young Dro grew up the second oldest of his mother's five boys and somewhere amongst the middle seven of his father's 21 children. Although his mother did the best that she could to keep a roof over their heads, Young Dro spent much of his childhood drifting from one housing complex to the next.

At the age of 16, he was shot in the stomach and the back and required almost a year to recover. Dro says of the incident ?I had to wear a bag for like a year... I was traumatized from that. I couldn't laugh. I couldn't walk or nothing?. He spent his late teens and early 20s in and out of jail. He has been writing raps since 9th grade. T.I. said of Dro, "I had been trying to sign Dro since like '97, before I was even trying to get a deal for myself. Anyone with ears can hear he got talent. He knows how to express himself. And while that may sound innocent, he's also comfortable around killers. There's something so human yet unsettling about that.".


It was during these many moves in his teen years that he befriended the now Grand Hustle/Atlantic recording artist T.I.; neither of the two took music seriously at the time. Young Dro never considered a career in music until another one of his friends, Chris ?Daddy Mack? Smith, scored platinum success as one half of early 90s duo Kris Kross.

To make his dream a reality, hem first met pioneering southern rapper Raheem the Dream in the late 90s, who at the time had Pastor Troy and D4L front man Fabo signed to his local label. By the end of 2002, Young Dro's independent single ?Yes Sir? and regional hit album "I Got That Dro" became fairly successful.

Around the same time, T.I. was preparing for his debut album I'm Serious. While he was promoting the album during a radio interview, Young Dro called the station and asked to talk to the fellow rapper. ?I was like, ?That sounds like my homeboy,'? Dro recalls, ?he was like, ?You the one who sings ?Yes Sir?? Man, meet me at the Bounce...We went up there and performed.?

That reuniting of two longtime friends evolved into Young Dro signing with Grand Hustle, T.I.'s record label and his major label debut, "Best Thang Smokin'." Among the tracks featured on the album, "Shoulder Lean" was chosen to be the lead single. Through the summer of 2006, the track gained momentum through out the South, and then nationally, as it was well-received among the hip-hop community. It received a decent amount of airplay on BET, and managed to climb to #3 spot in the U.S. Rap chart. On the 27th July 2006, Young Dro reached the #1 spot on both the Billboard Urban Monitor chart as well as the R&B Urban Mainstream chart. Simultanouesly, the video hit #1 during the previous week's "106 & Park" countdown on BET, in addition to securing the top spot on MTV2 where it's currently in "ELITE 8". Amazingly on top of that, Warner Music Group announced that the ringtone for Dro's single 'Shoulder Lean' had sold over 500,000 units.