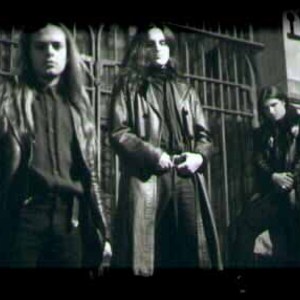 Asgaroth is a Melodic Black Metal band, whom sprang into existence as a solo project by Daniel in 1995 who joined forces with Chris soon after. The partnership worked well together and in 1996 the duo released a mini CD: ?The Quest For Eldenhor', recorded at The Control Room (now Maxim Sound) in Barcelona - released through Newgotia/Repulse Records. With a great response from the national & international music press the duo enlist a drummer and set about recording their first full-length album: ?Trapped In The Depths Of Eve'.

Recorded again, at The Control Room sometime in autumn 1996, the album is a union of Melodic Black & Death Metal and again is well received by the press. The purists hail this body of work as Asgaroth's best.

After several line up difficulties and label problems they up sticks to the Abstract Emotions label and in 1998 set about recording the 3-track mini CD entitled ?Absence Spells Beyond'. The CD contains a wonderfully executed cover of the King Crimson song: ?Epitaph'. With another sterling release under their belts and yet more favorable reviews the bands profile reaches new heights and a series of international-licensing deals are cemented.

In 1999 the band are asked to appear on the Nuclear Blast compilation DVD ? ?Beauty In Darkness', along with the likes of Arch Enemy, Cradle Of Filth, Pain, Nightwish & Tiamat?.a video clip for the mini CD title track Absence Spells Beyond is recorded for inclusion on the DVD, raising the bands international profile higher than ever before.

A new guitarist in the shape of ?Mr Ax' joins the band and with a solid line up at last Asgaroth can contemplate getting out on the road. They kick off by co-headlining the Repulsive Festival in Madrid, (1999), and also put in an appearance at Portugal's Barroselas Metal Festival with Aborted, Malevolence & Sirius among the line-up, while also playing constantly in their home country of Spain.
By now the band are becoming a force to be reckoned with and are voted Numero Uno in the readers poll in Spanish metal magazines Black Light Magazine & Metali-ko They also make number 7 in best international band poll in Spain's excellent metal mag Hell Awaits. After 3 years, with a new drummer - Oisin the band go back to Maxim Sound Studio's in 2000 to record the mighty ?Red Shift' album. As three years have passed since the bands last release, expectations for the new album are high to say the least.

To promote the domestic release of the album Asgaroth hit the road in December 2001 with Swiss band Alastis They play various dates around Spain, including Barcelona, Madrid and Bilbao (in the legendary Bilborock venue.)

November 2001 see the album released in Spain only ? freeing the band from all contractual obligations with the record company. Domestic response is positive and Asgaroth gets voted number 1 in the best band, best album & best keyboardist in Hell Awaits reader's poll, along with ?album of the month', in the independent label section of ?Metal Hammer' Spain. Although the album was initially only released in Spain, news of this talented Spanish band was spreading. Peaceville Records had been aware of the band for some time. On a trip to Barcelona Peaceville met up with their friends at Hell Awaits who played the label the new album. When they heard Red Shift they knew immediately that this was just the right band to complete their current roster.

Trapped In The Depths Of Eve