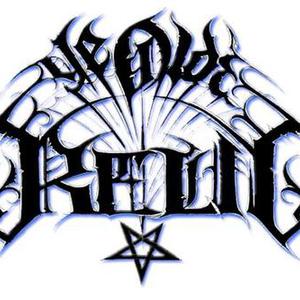 Born in 2005 in Michigan, Ye Olde Relic is best described as a self-conscious metal band. While sharing the sound of folk, black, and melodic death metal, it is a band that cannot be placed in one specific genre. The band plans to release a new album in the Summer of 2009, only under a different name, as the project has succeeded its original intention of being a humorous black metal band. Discography: Demo 2006 The Seasons The Seasons is available for free via the band's myspace. www.myspace.com/yeolderelic

The band plans to release a new album in the Summer of 2009, only under a different name, as the project has succeeded its original intention of being a humorous black metal band.

The Seasons is available for free via the band's myspace.

There is nothing to say about March

But I have found a new hope in the sky
The sun!
As it guides the change of a season
Into a new brink of Spring
We are all glad we could finally see the light

In truth, there couldn't be less care in my soul
Now I'm finding my way past the blooming orchards of springs
This new feeling is almost fatally blissful in my mind
But I've missed for so long

The dawn of this new age
The first smell of spring
The smell I feel
I can feel you
(In this life, a sunset will comfort my mind)

And I knew since October
The harm that this would bring
But the air seemed so cool
That my mind was fatally optimistic
After all, it's spring
And the gentle caress of the tree makes everything fine to me

I know I've seen this
I know I've felt this before
It seemed so right
But as I dwell, deeper in the shade
I'm gone before I'm lost to nature's cruel charade

Another long season is over
And now I'm fine

The pounding in my heart
The sensation in my chest

The winds directing the seeds of a new dawn of a young man's heart who thought he'd never know
She came forth from the dock the wind now standing still
[More German: Something about semen and ramen noodles]

(Jokingly: And I will see again.. the clown!)

Raise the swords!
Raise them high!
It is the time to DIE!

One slash! One blow!
A strike away from glory!
One dream! One blow!
A hero in this story!
Of fate and death
The horns ring proud
As my men scream!

(In German: I think he's talking about how shitty FC Koln did, and then losing your shaving razor in the toilet and getting shit on your arm when you go to pick it up)

You listen here you motherfucker!
Fuck, piss, shit, and taint!
I've been loathing you all summer long
And now it's time for me to give you back what your worth
Which, to me, is nothing but SHIT!

It's back to school now, jerk off
Time to wake up and smell the Hi-C
It's time to let go and let the love die!

In this play of life
The summary, is written on a pamphlet
The pamphlet of DOOM
The changing of the scene

And I held on to this belief that
For the entire summer long
What I knew was true
But in fact, the following year still wouldn't bring satisfaction
This is the first chapter of the conclusion
Expose finale

And I still cling to you, your fact
Your shine, your love, you in the sky
The sun!
Bring the cracked mirror of lie
Your eyes, your shine, your touch, your face
Your spite, your hate
And your

Take this, now
Before it breaks
This memory
Soon despair
Must go away

Your frozen idol of death!

She stood there! But I could never sleep!

A million ages, of another bloodstained ground
And one who ceases to exist who will never become found

Here me out, O Autumn night
This ill-fated bidding shall end
Your guilt-ridden spite will fester into a thousand winters to come
Your indescribable wrath will take its toll on my heart
This gleaming symbol of hope is a bastard sensation of death

Cruel as any nature I knew

Where you Autumn day or were you Autumn night?
In my soul I felt you breathing the cruel reminder of fate
Take me in your arms and feed me your just spite
[No idea what I said here]
And now it is gone
The truth that I thought that I knew
Your damned wand of doom
Rising in the sea
Closing in on mortal life
[No idea...]

Fight for life!
Fight for death!
Fight for endless summer!
I just wanted to know this winter won't be my last

[ABOSOLUTELY NO IDEA what I said here haha]

The day of Autumn is a prelude to winter's death
I held you as an angel to my lonely death
An angel of death
Autumn!
October!

Take me, let me die alone
All on my own [Favorite moment of the album]

Oh demon of frost
I dare you go away!
Leave it to my mind
To complete your biting dismay

When I saw you wrestle through the fate and the stone-AH!
I bridged this gap of knowledge and ran alone-AH!

And I call you home
But inside I know

The mystery of the soul is a mountain of frost

[In German: Hey kids have you washed your dick today? And goes on to talk about something about soup]

But I will change this!

The season is over
The change is forever

In your soul
In this death

The seeds of doubt were mended with the first flake hitting the land
Swan of doubt, impending doom
I look for the hope in the sky

This winter is my last I know!
I feel it in my heart!

One last step to you
I moved through it my mind
The redeeming fact of love in summer
Unchain my hand, bring forth
In my hand, in my mind, I can see you

Once I saw it and once I felt the sun, I know, soon I'll find it again!

The season has changed

Once before in this life
I strode back through these fields so grey
And in my mind back then
The blur cursed my mind in vein
Her ghastly goddess of death
Loomed these ill-forsaken lands
Swallow of doom, she would praise
But never enough to confess

This path would lead me down my road
Back down the road again, to a new age of the same
Walking without aim. Fast, unbothered by the dark
Gloom of the street, winding on away


If you could stand patiently for the end of this grand scheme
You would see that I meant well and all I meant was you to see
The sun in the sky
But now I'm too far gone, but I'll wait for the next to see it

But before I can leave
I must leave the world with a fact
Knowing that I could stand strong
Amongst the thawing grounds of death
In this world, there is one
Only one world to know
And now I see there was everything alive
Is now just dead

If you could stand patiently for the end of this grand scheme
You would see that I meant well and all I meant was you to see
The sun in the sky
But now it's too far gone, but I'll wait for the next to see it

And now I know, the answers in the sky