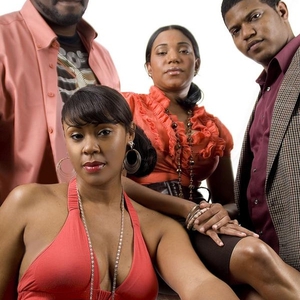 A perfect blend of Soul, Jazz, Rhythm and Blues and Gospel, Yamama'Nym present organic melodies with a vision to maintain a distinctive sound and still offer reverence to music's past. From feel good music to love ballads to the kind of track that makes you just want to get-up-and-do-something, the group, hand picked by producer/ writer and label owner, Tre Barr of 2A.M. Music, will bring you a quality music every time.

The band got their start in the Spring of 2002 and although members have changed the toe-tapping feeling you get when you listen remains the same. Since 2002 the band has become internationally known and has traveled to places near and far to share their souls with the world.

The evocative music of Yamama'Nym has a ?70s flavor at its foundation with a neo-soul modern feeling to make it right for any atmosphere yet appropriate for only the mature true music lover. The debut album, 2A.M., made huge impacts nation-wide as well as abroad, in Japan, the U.K., and Europe with soulful singles like ?You Still Are? and ?Mr. Incredible/Invicible.? The second album, Due Time, emerged in 2005 with tracks like the seven minute motivational speech ?My Life? and the upbeat and ever-truthful ?Just Stay (with me)? to hold it up. This album added to the flavor of Yamama'Nym, a sassy, lay-it-all-bare, compilation of emotions. Brewing in the lab now, look out for the Summer 2008 release, SOULAREVOLUTION.

Yamama'Nym has traveled all over the United States and beyond. Their work with the USO-AFE tour has taken them to Japan, the Middle East, and Africa. YamMma'nym recently wowed our military troops and citizens off Kyrgyzstan, Afghanistan, Qatar, Djibouti, United Arab Emirates, Kuwait, Bahrain and Saudi Arabia.

Outside of those tours the band has performed locally, nationally, and overseas in several different countries gaining international acclaim. They have shared the stage with such notable national recording artists as Patti Labelle, Erykah Badu, Eric Roberson, Rhian Benson, Lyfe Jennings and Alyson Williams to name a few. They can most often be seen in their home territory at venues up and down the Baltimore and Washington DC corridor.