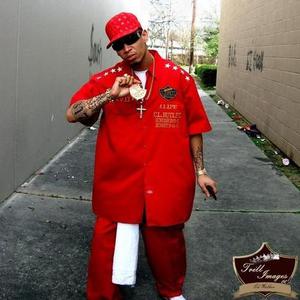 Now, Pimp anoints his newest rap prot?g?. This time around, he recruits Mississippi native XVII (Seventeen). Fueled by the summertime banger ?She like Me Swagger? featuring Mississippi-based r&b crooner Rod Leander, Seventeen is poised to be one of the hottest artists the South has ever seen with the Fall release of [album]Pimp C Presents XVII[/album] on the Major Entertainment/ UGK Records collaborative independent album Certified.

?Seventeen is a young, fly hog out here right now, and I liked the way he took his career in his own hands,? explains Pimp. ?I liked his hustle. That's why I hooked up with him.?

A native of Mississippi Gulf Coast port city Pass Christian, XVII has been proactive in his career since he first picked up a mic a handful of years ago. Earning his moniker from his wayward ways as he youth, he was first known throughout his hood as 17-Shot because he would tote a stolen 17-shot glock pistol as an early teen. Eventually the name would be shortened to 17 or simply Seven.

?Where I come from is small. You didn't have no choice but to mess up. There are not a lot of job opportunities,? Seventeen remembers. ?I was fighting. I wasn't going to school. One day, I came home from school, and a basketball coach was sitting in the living room with my parents. The next day, I was off to military school.?

By the time he was cut loose from what he calls a ?mixture of jail and the military,? Seventeen had his mind made up what he wanted to do with his life. As soon as he planted his feet on free ground, he hit the studio as a member of group Da KG'z (Kingz of the Gulf). In 2000, they dropped locally praised indie album Lowdown and Dirty.

But 17 decided to go solo after the street's stirring reaction to his solo song ?Bring It.? So the next year, he dropped his solo debut Die By This. Seventeen was only 20 years old. In 2003, he flooded the streets with local favorite mixtape Underground Heat Vol. 1. He was planning to hit them again with Vol. 2 but had to put it off until 06 as a result of Hurricane Katrina's ravishing effect on his city.

?I wouldn't leave my state,? 17 recalls. ?I stayed in my comfort zone. I was selling enough records where I was at.?

But after the storm hit, he had no choice but to leave. ?I lost my mind after Hurricane Katrina. My whole neighborhood got washed away,? he says. ?I felt like I didn't have nothing to lose.?

So he took the little money he had, pooled it with his friend Polo and started their own label Major Entertainment. He ventured into Atlanta to do songs with Pastor Troy and Bohagon. He went to Memphis and got into the studio with Yo Gotti, and when he reached out to Pimp C, he found more than what he had intended.

?I got a number on Pimp C and called. We stayed on the phone for two hours the first time we talked. He asked me if I had a major album out. I said no. He said I need to meet you. You need to be in Houston,? says 17. ?My flight was supposed to leave the next morning. He kept me for four days. It all started from me going to feature him, but we connected instantly. It's more like a brother thing. It ain't like him and Bun. With me and Pimp, I'm the little brother.?

And that family love is felt throughout Certified on Pimp C's controversial skits, a smooth, laidback cut ?She Love It? featuring Pimp C and Corey Mo and fiery Pimp C solo ?Massacre.? Then, there are the album highlights like amped-up ?Get Money? featuring Yo Gotti, or playalistic track ?Why Do they Hate On Me? featuring Bohagon.

?I literally went from no doors open to making songs with Pimp C,? says 17. Just to be a part of Pimp C and UGK Records was a dream. Can't nobody take that crown off my head.?

Pimp C Presents XVII Certified - Chopped Up Not Slopped Up

Underground Heat Vol II (My Get Back)