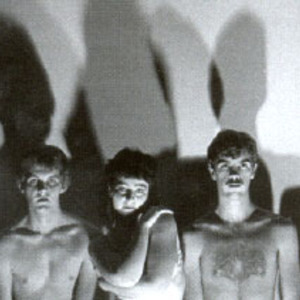 There are at least 2 bands called XeX, an experimental/minimal wave act, and a thrash metal band. Xex (1) were a more experimental wave band, formed in South River, New Jersey. They were a mysterious affair, releasing one record in 1980 and disappearing soon after. The band "began" as a high school kazoo trio. Member Waw Pierogi's interest in science led to several unique delay and echo experiments in the early years, most of which were employed on the band's debut.

Xex (1) were a more experimental wave band, formed in South River, New Jersey. They were a mysterious affair, releasing one record in 1980 and disappearing soon after. The band "began" as a high school kazoo trio. Member Waw Pierogi's interest in science led to several unique delay and echo experiments in the early years, most of which were employed on the band's debut. However, though outfit had little musical technique, their trials and experiments yielded several songs, and after their first performance, the original trio of Waw, Thumbalina Gugielmo, and Alex Zander brought in two of their friends/fans to round out the lineup. Thus, after several experiments and debates, Xex was officially born in 1978.
The band spent the next two years constructing several tracks utilizing minimal synth techniques, semi-conventional song structures, and male and female vocal experiments. Due to the nature of their project and the band's limited abilities, live shows were often inconsistent and humanistic, and often featured performance art and video accompianments.
The original pressing of Group:Xex sold little over a thousand copies. Soon after its release, additional members David Anderson and Jon-Boy Diode departed as Xex completed work on a second record, which due to limited funding and a since-deteriorated master tape, has not yet seen the light of day, and may never will. The original trio continued to work together along with new member Cookie Ruggerio (who previous involvement with the band was limited to walking a stuffed cat during a performance of 'Kitty'). Only a few tracks have surfaced, and mid 80s performances of the band did not include Waw Pierogi.
In 2004, cult interest in the band culminated in a proper reissue of Group:Xex, complete with several demo cuts from the band's original sessions. Just a year before, Alex Zander passed away from a heart attack.

XEX(2) bio from their website
Since forming in 1997, XEX has carved a distinct path in the Northwest music scene by providing a supercharged live show, plus a unique combination of style and attitude. XEX has released four CDs: three full length CDs, plus a tribute EP - which offers five of XEX's popular cover tunes, plus two uniquely released originals. Characterized by the precise and immediate sound of a trio, XEX's music defies generic description, while displaying only the originality of an uncompromised musical vision. The result is an eclectic blend of harmonic, melodic, and percussive characteristics which are forged into a fusion of progressive rock and aggressive metal.

After playing literally hundreds of shows together, the members of XEX have evolved a belief in the art of "putting on a show". Whether playing to an audience of one or one thousand, XEX puts everything they have into every note of every song.

As a three piece, XEX functions as a multifaceted musical ensemble, with all three members routinely trading lead vocals, often within the same song. Guitar and Bass also trade traditional roles at times, while extended percussion, keyboards, and digital effects are also contributed by all three band members.

XEX's most recent offering, "Triad"(2006), is a self-produced tribute to the gods of metal. It maintains a strong technical approach, while offering traditional musical themes and song structures. In June of 2005 XEX released a strong tribute to metal - the self-produced "Not For Resale EP"(2005), which includes five of their most popular cover songs (re-interpretations), plus two original tunes which were only released for "Not For Resale EP", and are currently available for free download. XEX's first two full-length CDs, "Mixed Signals"(2003), and "Anything Goes"(2002), showcase the evolution of the band's unique sound. "Mixed Signals" boasted 17 tracks from XEX's progressive arsenal and "Anything Goes" was a demo style project featuring 11 tracks of XEX's earliest material.

All four CDs have been well received by the local music scene, and continue selling well at local record stores, online, and at live shows. With excellent management, four released CDs, and new material in the works, XEX's momentum continues to build as they proceed to get their musical vision experienced by all.