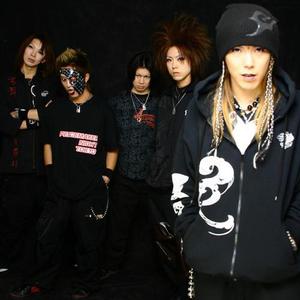 XECSNOIN (pronounced: zeksnoin) is a Japanese metal band that started out as a visual band, though for a number of years the group has distanced itself from that scene. As might be expected from a band that references several Finnish bands as their favorites, one will find various influences from Scandinavia in their music. Originally the band was more melodic, as is typical in the visual kei scene, but as time passed, and the band evolved, they adopted a progressively more thrash metal sound.

As might be expected from a band that references several Finnish bands as their favorites, one will find various influences from Scandinavia in their music. Originally the band was more melodic, as is typical in the visual kei scene, but as time passed, and the band evolved, they adopted a progressively more thrash metal sound.

Despite various member changes, which brought the band to the brink of disbandment on several occasions, they established a name for themselves in the Japanese metal scene. Since they have a new singer, who hasn't yet been featured on any records, it's hard to tell what their style will be nowadays.

XECSNOIN was founded in January 2001 by LOKI (vocals), JIN (guitar), K (guitar), JUN (bass) and YOUSUKE (drums). Not much time had passed, before K left and was replaced by SHN-01, who stayed about a year in the band, before yet another guitarist - NOBUNAGA - started his activities with the group.

Being a visual band, XecsNoin - which is the way they originally wrote their name - was featured on a visual kei sampler called Punishment Party Vol. 4. Between October 2002 and October 2003, the band released three so-called one-coin singles. In September of 2003 they also participated in an omnibus album, which was published by the live house Ichikawa CLUB Gio, where the band often performed.

In November, the first dark clouds appeared over the band. Drummer YOUSUKE left the band and was replaced by MIYABI only a few days later. When this new member decided to leave in April 2004, NOBUNAGA followed suit. This was the first time the band considered disbandment. However, MIYABI stayed until the end of their summer tour and was even involved in the recording of their single, VANITY. In September the experienced guitarist, ZAKURO, previously in bands like KAOSU and cerberos, joined as an official member. Shortly after he became part of the band, they released a free demo single, which contained re-recorded versions of previously released songs.

Not having an official drummer, XECSNOIN played a tour with several support members. Somewhere around the beginning of the new year, before the band embarked on the TRENDKILL 2005 event tour, which was intended to promote the sampler of the same name, the band found a new drummer, Hi?o. This line-up remained constant for almost a year and a half, during which the band recorded and released their first album, XecsplosioN.

About half a year after the release of the album, vocalist LOKI announced his departure, which would come after a final tour with the band in June of 2006. Shortly after this decision, Hi?o was thrown out of the band after a concert on April 1. Until the last one-man with LOKI as vocalist, which was held on June 9, several support drummers were involved, one of which was Aki, who at that time was also supporting the band BABYLON. This was the second time the band came near disbandment. However, the remaining three members kept the band alive, playing several concerts and short tours, many with support vocalists.

For the TRENDKILL 2007 tour, bassist JUN also took on the role of vocalist of the band. As their support drummer, MASATO, who was also involved in the band FANTOM, joined and stayed almost completely through the end of 2007. In July, when the band played at another TRENDKILL event, they introduced their new vocalist, ZEN. Until the end of the year, they intensified their search for a new drummer. K.K. became an official member on January 1, 2008.

Since then the band has continued to play concerts and has announced the release of a new single in May. "THIRSTY" will contain two new songs. It will be their first CD in two and a half years and definitely something for their eager fans to look forward to.

Corridor To The Frozen Sky