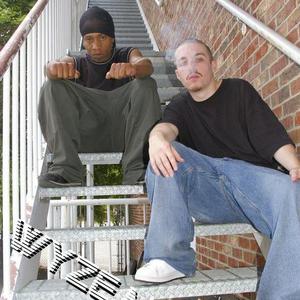 Where do you think hip hop is at now? Stuck on the bandwagon waiting for a solution. Wyze Mindz is not only the solution, they are in a category of their own. Their music is a combination of true knowledge and the streets. They are bringing back what hip hop has been lacking in the last decade. Tight beats, MCing with visionary flows; a complete architect of reality music. The masterminds behind the music are Unkn?wn and Apacalypze.

Wyze Mindz has been collaborating together for the last two years. During that process they came up with the idea to hit the market with a real strong album. With the assistance of Unkn?wn's cousin, Eternel, they thought up the album name Universal Invasion. Unkn?wn was born in Columbia, South Carolina on October 21, 1983. He was raised by his grandparents where he moved from school to school. At an early age, he learned quickly how to interact with every type of person and that the world had a lot of problems. When he was 14, he started making music as an escape from reality. After doing numerous shows & collaborating on many albums he then came out with his solo album "Reason" and at the same time meeting Apacalypze. Then they formed the group Wyze Mindz. Apacalypze was born in Monroe, Louisiana on September 4, 1978. He later moved around from place to place; such as California and Texas being drown in by music at a very early age of learning. He grew up in a vast variety of surroundings from the west coast. Afterwards he moved to South Carolina, where he lived with his dad for the first time since his childhood. Now he lives in Columbia, SC where he is pursuing his music career with the group Wyze Mindz.