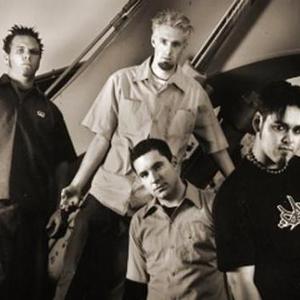 Josh Abraham renowned producer best known for his work with Staind, Korn, Limp Bizkit and Orgy.The demo also got them airplay on San Francisco's premier rock station LIVE105, with the track "Ego". The band recorded an 11 track album (Produced by Josh Abraham and mixed by Andy Wallace who is known for work with System of a Down) that would be dragged through Warner Bros. label (143 records) politics for nearly a year.

While struggling for rights to their album, WURKT released the "WURKT EP, ONE" in early 2002. The Ep takes listeners through tantilating vocals and melodic riffs backed by powerful drumming. The Ep differs from WURKT's original recordings, but keeps parts of the orginal formula while still progressing musically. Powerful orginal songs (Teen Porn, Freshman, Pull Over Here and Choke) and an outstanding cover of LL Cool J's "Mama said knock you out". The cover song combines the aggression and orginality of WURKT's musical talents. Josh demnstrates his different talents as a vocalist from straight up amazing vocals to screaming and even incorparating his own aggressive style of rap. The instrumentals are well put together, including melodic, crunching riffs combined with striking basslines and impecable drumming.

As of January 25th, 2003 WURKT has had their long awaited album tentivley titled "Better In Two Weeks" available for order in the merchandise section of their website and available for purchase at shows (coming to stores soon.) The album is on independant release due to the fallout with Warner. The album once again showcases WURKT's talents backed up by powerful lyrics that come to life as the album progresses. The album demonstrates the different emotions from pain to hope and everything in between all delievered with intensity. WURKT remains with similar formulas, but still manage to mix it up ranging from the loud, in your face track of "Make Amends" to the mellow, emotion filled track "Daughter's Eyes". Tracks for the album include Faithful, Ego, Closet, Foreskin, Daughter's Eyes, Split, Make Amends, The Angels, Sex, Jimmy and the single "Spanish Fly".

As of February 28th, 2003, WURKT has been playing shows and working on new material with a new addition to their band; Drew. Drew is now the 2nd guitarist.

WURKT relentlessly tours on the west coast and will continue to in support of the album. They are constantly working on new material and involving it into their sets. They have played shows with bands such as Cold, Trapt and Otep among others.