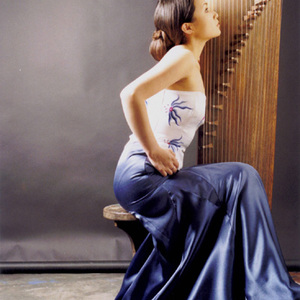 Wu Li (??), born in the Gui Zhou province, China, is a virtuoso of the guzheng. She is a member of the Guzheng committee of the Chinese Musician Association, a master of guzheng from Central Conservatory of Music, and a teacher of the Folk Music Department of the Xing-Hai Conservatory in Guangzhou. In addition to playing traditional Chinese songs, she debuts & arranges new songs for her instrument.

In addition to playing traditional Chinese songs, she debuts & arranges new songs for her instrument. Examples of both can be found on her first CD, "Hunt in Wind," on which she plays all songs solo, released in 2004. Her next album, "Butterfly & Blue," finds her playing all original songs on her instrument in conjunction with ambient electronic music.

Her official website can be found at: www.wulimusic.com. It has an English section, in addition to a Mandarin section.