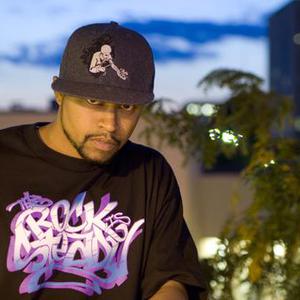 There are more artists using this name: 1) WORDSMITH, a Baltimore-based MC, can claim many areas around the globe as his home. The son of a former Full Colonel in the Army, he has resided in New York, New Jersey, Maryland, Virginia, Georgia, Delaware, Texas, Kansas and even Germany to name a few. After moving around so much, Word found rap as an outlet when he started saving his lunch money each week throughout high school to buy classic tapes from Redman, Big L, Nas, Eric B.

and Rakim, Jeru the Damaja, A tribe called Quest, Da Bush Babees, Krs One, Gangstarr, Das Efx, Public Enemy, Ice Cube, and his cousin Roc Marciano. Though, Wordsmith is a versatile MC, he is also a theater trained actor graduating with a bachelor's degree in Theater Arts from Salisbury University in Salisbury, Maryland. Performing in plays like ?All my Sons? and the Musical ?1776,? Word was able to translate his acting skills to his music and live shows. He refers to his stage shows as ?Hip-Hop Plays? and his dream is to put together elaborate shows with scenery changes, props, and stunning movements. As the years go by, look for Wordsmith to explore his artistic side in music and acting equally. However, as he always says ?I'll do one thing at a time to make sure each craft exhibits quality and gets the attention it deserves. Since 2005, Wordsmith has been building a nice circle of musicians, producers, Graphic Designers, and Web Techs to support his theory of presenting himself as a signed MC, while he is unsigned. He calls this group of partners the Nu Revolution Camp and they are a diverse group to say the least. Word's production company consists of Producers Professa, from Kansas, DeMo, from Boston, All Biz, from New York, Strada from Canada, Street Level, from Sweden, and Capish, from Poland. Strada, DeMo, and Capish double as engineers as well. DJ Andrew serves as a part time Graphic designer and a full time Web technician. Scott Miller, a native of Canada, recently joined the camp as the full time Graphic Designer in February of 07.' D-Dub serves as camp's voice specialist as he can imitate over 50 different voices. Finally, the camp has 6 top notch MC's to stand next to Wordsmith. He has put together a two man group called Kontact & SoL, while solo MC's, RhymeZwell, Black Knight, Deeda Man, and All-Biz round the camp.


2) Wordsmith was born to Tony and Michelle Parker at Frankfurtam Main, Hessen, Germany on January 20th, 1980. The son of a former Full Army Colonel meant home changed often; from Germany twice to New York, New Jersey, Virginia twice, Georgia, Delaware, Texas, Kansas Word saw the world at a very young age. It wasn't until a second tour in Germany that Wordsmith truly discovered HipHop music. A family friend use to have shoeboxes full of rap tapes and he started letting Word and his brother, Darian Parker a.k.a Professa, borrow some on a regular basis. The scope of the music varied from Eric B. & Rakim to Public Enemy to Digital Underground. Noticing an increasing love for rap music Wordsmith's parents decided to buy him and his brother their first stereo along with Run DMC's ?Tougher than Leather? and The Fat Boys ?The Fat Boys are Back? tapes. From that point on Word was hooked on HipHop to the point that he would tape every YO MTV Raps Video countdown every Saturday morning. The addiction grew worse in high school when Word would only eat two or three times a week just so he had enough money to buy a weeky rap tape. Huge fans of such artists like Redman, Big L, Nas, Eric B. & Rakim, Jeru the Damaja, A Tribe called Quest, Da Bush Babees, Gangstarr, Das Efx, EPMD, Boogie Down Productions, Public Enemy, Ice Cube, Ice T, Digital Underground, LL Cool J and more; his tape collection summarizes the eccentric taste in his music.

Before his debut release, Word teamed up with the legendary Chubb Rock, making the monumental album ?Bridging the Gap." To accompany their album, Chubb and Word released a mixtape called, ?A Crack in the Bridge,? on May 13th 2009 through HipHopdx.com. The exclusive online release through itunes was June 2nd 2009 and that garnered the two MC's a Myspace Music Feature, an AOL Music Listening Party, a feature with Myxer.com, and a promotional campaign with Microsoft/Reverbnation. The duo's 1st single, ?Old 2 The New? peaked at number 2 on the Rapattacklives/Rapnetwork College top 30 Charts, while the full album debuted at number 22 on the CMJ charts in its first week. The Video for their first single was picked up for rotation by MTV, BET, BETJ, VH1 Soul, Music Choice, Video Music Box, Skope TV, Screenplay, Sprint TV and more. Wordsmith also seeks to establish his diversity and longevity with his future projects ?Music for the Masses,? ?Appetizer at the Pioneer Pub EP,? ?The Golden Era,? and ?Legacy of the Great? and a pair of experimental Rock/Hip-Hop albums called ?Rockstrumentals? The Dark Ages and ?R2: Ground Zero.? It is a goal of Word's to drop a classic Hip-Hop album simultaneously with a Rock flavored album to dominate two distinct genres equally.

Wordsmith's debut album ?Vintage Experience? will break the established mold of Hip-Hop just in time for an industry in search of a new pioneer for years to come. Unparalleled lyrics with soulful undertones laced with a 90's backdrop make for head banging commercial appeal, guaranteeing this project to be a classic on your shelf for the next decade. Broken up into 4 chapters with unique scores of music used to transition each phase of the album, the listener will feel like their at a movie theater throughout the project. Seeking a March 30th, 2010 release, the material on "Vintage Experience" will range from songs Wordsmith wrote/recorded from 2006 to 2009. The lead US Single, "Hook-Up Hotline" has everything you want out of club/dance record: its catchy, has a booming beat, but still showcases Word's acute lyrical ability. US promotion of Hook-Up Hotline was handled by Myron Ruffin of UWE and it charted as the #14 & #15 record in the nation on the Urban Indie Charts from January to February. The Music video is enjoying success on MTV Jamz, MTVmusic.com, VH1.com, Spike TV, Fuse On Demand & previously Music Choice. Wordsmith's second single; "Tour Guide to New Bride" is a break from the regular commercial Hip-Hop singles as it conveys a unique story to the consumer. With a very catchy hook/bridge, Word's lyrics and storytelling ability allow the listener to not only dance in a club to the track, but also get a kick out of how witty the song was put together. UK promotion of Tour Guide to New Bride is being provided by Suzy Zenouzi of Mojona Ltd and Musicregistri helped the record chart in its first week on the Radiowave/Mediaguide Radio Add Charts. Platform One Entertainment will be handling a lot of the marketing and promotion leading up to the album release as well. Keeping his theater roots in the back of his mind, Word also created Vintage Experience to be performed theatrical in club atmospheres and large arena's equally.

Overall, in the past 4 years Wordsmith has managed to make moves like a well seasoned veteran. Dating back to his official mixtape release' ?Statements & Stipulations? in 2006 with 730/HipHopgame, he garnered a notable mention on MTV's Mixtape Mondays. Two Years later Word would gain sponsorship for his mixtapes through the number one HipHop site on the internet called ?HipHopdx.? That same year a record called ?Ode to tha Pioneers'? would peak at Number 4 on the College Top 30 Charts, while a sequel to the track called, ?As the Art Fades Away,? was debated on the net when Nas/Chris Webber released a similar version called ?Surviving the times.? Subsequently, the track is Word's highest grossing song to date and even Six Flags America picked it to run on their radio stations on all 19 of their US/Canadian parks. In March of 2008, Wordsmith would start a podcast called ?Revolt Radio? that featured a full time host and 4Deejay's spinning weekly. After gaining over 100,000 subscribers in its first year, the station gained syndication deals with Amalgam Digital, WKNC 88.1 FM, Unheard Radio and Mixlawax in France respectively. 2008 also saw Wordsmith sign a major marketing deal in Japan with Joint One LLC and they secured him an opportunity to score some music for the heavily successful Nintendo Wii game, ?Madworld? in 2009.

Wordsmith is a versatile MC but he is also a theater trained actor, graduating with a bachelor's degree in Theater Arts from Salisbury University in Salisbury, Maryland. Performing in plays like ?All my Sons,? Picasso at the Lapin Agile, and the musical ?1776,? Word has been able to translate his acting skills to his music and live shows. He dubs his shows ?Hip-Hop Plays? because of the scenery changes, props, and stunning movements that bring his songs to life on stage. For his stage show on Adelphia/Comcast Cable's Backstage Pass he used prop snow, rain, umbrellas, tables, chairs, leaves, confetti and more.