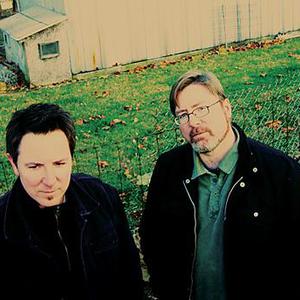 When Scott and Brian were just kids they used to stay up late and listen to the FM rock stations. Sitting in their basement in the flat lands of rural Indiana, Indianapolis seemed like a the big city. Classic rock poured out of the little speakers, Heart, The Kinks, Van Morrison, Zeppelin?then came The Clash, Costello, Nick Lowe, XTC, they couldn't get enough. Not long after that they picked up their own instruments and somewhere between Damn the Torpedo's and The River, a band was born. Fast forward many years and the boys struck out on their own and landed in Milwaukee, WI.

Rent, tuition, and beer was cheap, so they went to college and soaked in as much music as they could. Playing the bars with their pop-rock band The Squares (see #1 Cassette Reissue), they cut their teeth and paid their dues. They even made it to NYC and played CBGB's. After The Squares, the brothers went out on their own and in 1996 the released the album Star of Desire on Don't Records. This garnered them a spot at SXSW and that landed them a deal with Windswept Pacific (now Bug Music). Star of Desire did very well in the music publishing world, and set them up for their next album. The hired Walter Salas-Humara (The Silos) and headed into Smart Studio (Butch Vig) in Madison to record Uncovering The Sun. The album was released in 1998 on Don't Records in the States, and Blue Rose Records in Europe. Unfortunately at the same time Don't Records was going out of business. Critics liked Uncovering The Sun, and again it did well in film and TV, but it never got to the general publics ears. After hitting the road for a couple more years, the brothers took a break to build their families. Scott headed north to Minneapolis, while Brian stayed in Milwaukee and played bass with Michelle Anthony and Stephanie Dosen. In 2008 the boys wrote a new batch of tunes and headed into the studio. The result is the fresh and classic sounding Days Went Around.