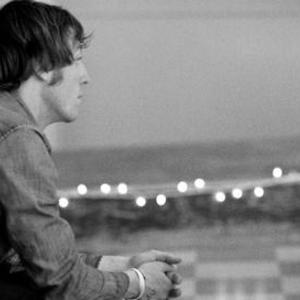 Wool on Wolves is a band; pure and simple. They're not here to distract you with flashing lights or smoke machines. They're musicians, music fans, roommates, and friends above all else, who hold a genuine belief that music has the ability to move beyond speakers and headphones to truly encapsulate the human experience. Formed in the fall of 2008, the group works diligently to convey the emotion they feel while writing and performing from their home in Edmonton, Alberta.

Formed in the fall of 2008, the group works diligently to convey the emotion they feel while writing and performing from their home in Edmonton, Alberta. Each member of the group is a multi-instrumentalist, which allows for the listener to break from the predictable preconceptions of what constitutes modern pop and rock music. Well-educated in classic and modern musical aesthetics and with tastes as diverse as their University degrees, the band aims to write and perform material that is fresh yet familiar at the same time.

Originally intended to be the band's full-length debut; "Hate is Poor? (2010) is the 5-song culmination of a year-long ordeal fought against the less-than-professional side of the music industry. In spite of too many obstacles to list, Wool on Wolves recorded and mixed much of the album from their basement rehearsal space in an effort to share their unique brand of indie-folk-rock. Sombre yet optimistic, ?Hate is Poor? foreshadows the band's evolution, moving into their full-length debut.

One week after the EP release, Wool on Wolves returned to the studio in April 2010 thanks to RAWLCO's 10K20 program and Calgary's Mix 97.7. Receiving this grant allowed the band to work with acclaimed Edmonton producer and musician Nik Kozub to produce an 11-song album that traces their musical roots while also branching into new territory, both sonically and lyrically. ?Grey Matter? will be self-released in October of 2010.