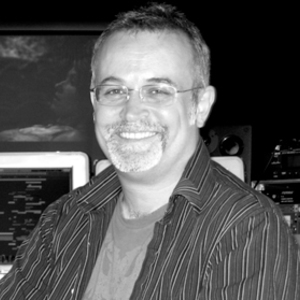 Born 1966 in Ansbach, Germany. Wolfram de Marco received his first violin lessons at the age of 6. By the age of 14 he started playing classical and electric guitar and soon garnered prestigious awards at the German ?Jugend Musiziert" competition. After high school he studied classical guitar and piano at the university ?Hochschule f?r Musik? in W?rzburg, Germany. During this time he also worked as a live and session player in many different styles and bands.

After finishing his studies he recorded a solo album for classical guitar and started working as a composer/producer of radio commercial music.
In 1994 he moved to Frankfurt, Germany, and for the next five years wrote music for many tv/cinema commercials and corporate movies.
Wolfram also started publishing his own electronic Drum ?n Bass/Triphop tracks under the name OON and did his first scoring for German television.
In 1999 he decided to move to Los Angeles where he continued working in the advertising field for the US and Europe, but found himself doing more and more music for films.
In 2000 the corporate movie LEADING TO RESULTS from Deutsche Bank for which he had composed and produced the music won several international awards (?Bronze? at the New York Film Festival).
In 2002 the movie FUELING THE FIRE won a DGA award and many other festival awards.
In 2003 Wolfram de Marco was one of 15 composers selected out of 300 applicants worldwide to participate in the prestigious ?ASCAP Film Scoring Workshop?.
That same year he started a collaboration with Klaus Badelt on several projects at Hans Zimmer's former company Media Ventures - now Remote Control.
2005 he recorded his score for "THE WEDDING PARTY" with the London Metropolitan Orchestra in the legendary Studio 2 at ABBEY ROAD STUDIOS in London.
In 2006 he was invited back for the "ASCAP Film Scoring Workshop" - this time as a lecturer.
2007 he recorded and conducted the score for "Die Zeit, die man Leben nennt" with the Filmorchester Babelsberg in Berlin.
Wolfram de Marco lives with his wife, actress Marie-Alise Recasner, in Los Angeles, California.