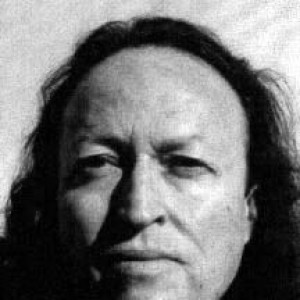 Wolf Krakowski was born August 26, 1947 in Saalfelden Farmach Displaced Persons Camp, Austria and raised in Eskilstuna, Sweden and Toronto, Canada. His father, Leon, (born Piotrkov, Poland) was a tailor in Lodz who became a plutovny (platoon leader) in Wanda Wasilewska's Polish-Russian Army under Gen. Rokossovski. His mother Esther, (born Sulmierszyce, Poland) comes from a family of textile merchants who had settled in Czenstochov. The family patriarch, Wolf Russak was a Zhuryker khusid.

After the end of World War II, Krakowski's parents and older brother Mark, (born Kazakhstan) were repatriated to Poland. (Hinde Ciwia, Leon and Esther's first-born, did not survive Russia.) After the Kielce pogrom, while being smuggled to Palestine by the Brikha and the Haganah, the family (including Wolf in utero) was arrested in Italy and deported to Austria. After Wolf was born, they found refuge in Sweden. The family, now including sister Ruth, subsequently immigrated to Canada, where Krakowski attended kheder and public schools in Toronto.

A self-taught musician, Krakowski served a diverse and variegated musical apprenticeship. He has played in the Original Upper Canada Ragtime Mama Jug Band with Mendelson Joe and Daisy DeBolt. Krakowski has performed with Winnipeg bar-band legend, Stork McGillivray and played the blues with the late Delta bluesman Big Joe Williams. He traveled with Conklin and Garrett Shows where he came to know Schlitzie, the "Missing Link," the real-life comic strip character, "Zippy," an avid ukulele player. Luftmentsh and luthier, carpenter and cameraman, Krakowski began documenting Holocaust survivors in 1982. His videos include "Vilna" and "My Name is Stella."