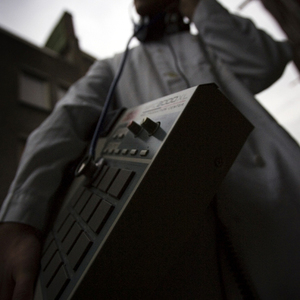 Arts The Beatdoctor is a Dutch producer from Utrecht, The Netherlands. With his debut EP "Fragments" in 2006, the beatdoctor showed his musical diversity with a collection of jazz inflicted hip-hop tracks which were mostly characterized by their nightly atmosphere. With his full-length debut album "Transitions" in 2007 he continued on this road in a truly original way. The album featured 15 tracks, and was the product of three years of sampling, tweaking and composing.

Comparisons to artists such as DJ Shadow, DJ Krush and RJD2 spring to mind with his blend of atmospheric and cinematic hip-hop beats. Apart from the aforementioned artists, Arts finds his inspiration in jazz and classical music.

Arts already has left a multitude of musical fingerprints on different hip-hop and non hip-hop projects. In 2003 he made his official debut by producing a track for Lord Cyrus "Diamonds R 4Ever" compilation, alongside MF Grimm and other American MC's and producers. The Dutch scene however is where he got his first break. Pete Philly picked up one of Arts' demo-tapes, heard the potential and eventually got him signed on Unexpected Records in 2006.

When confronted with questions about his persona, Arts always turns secretive. Some speculate his name comes from the Dutch word for doctor, which is somehow also "Arts". Other than that, not much is known about him. It is however certain that he's part of the new crop of talented artists coming out of Holland, among producers such as Nicolay of The Foreign Exchange and artists such as C-Mon & Kypski and Pete Philly & Perquisite.

More information about Arts the Beatdoctor on his official website, www.artsthebeatdoctor.com