With Life In Mind 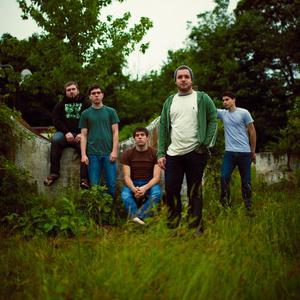 With Life In Mind is a metalcore/melodic hardcore band from Philadelphia, Pennsylvania, United States. Forming in 2007, they started to emerge in 2010 with their debut album, Grievances. They promote their own brand of modern hardcore that contains a melodic nature, with lyrical content based around the band members personal 'Grievances' about society. They released their debut EP, The Human Condition, in mid 2009 and since then have released their debut full length album in 2010 Grievances, on CI Records.

It's singular-mindedness that sets With Life In Mind apart from many up-and-coming band. Instead of a ?perform-then-perfect' attitude, the band made conscious choice to make certain their songs were finely-honed before unleashing them on the world.

?We spent an entire year writing and practicing in the same room before we played a single show,? explains drummer Josh Ireson. ?If we felt a song wasn't good enough, we worked at it until it was or we scrapped it completely and started over. As individuals, we're not the kind of people that do things half-way and that has rolled over into this band. We've always understood that we only had one chance to make a good impression on people, so we made sure we did everything we could to make that first impression the best one.?

Expertly produced by Carson Slovak of CENTURY (Prosthetic Records) and ARMSBENDBACK (Trustkill Records), Grievances packs a metaphorical (and nearly literal) punch. The album, a haymaker of heavy riffing and relentless, thundering power tempered by an underlying melodic nature, represents all of the tumult and passion behind the album's lyrics ? a no punches pulled diatribe about society's blemishes.

?Our lyrical content has always tried to embody the band as a whole, and this album is no exception,? Ireson says. ?As the album began to take shape, it was obvious that lyrically this was not simply a collection of eleven individual songs, but rather a list of things that Justin (Kraus, vocals) felt were important to us - things that motivate us and make us hope for change. We began to view the album as a laundry list of things we personally take issue with, and at that point there was only one obvious choice for the album's title.?

While they might have grievances to air in a Frank Costanza-like manner, one thing they can't take issue with is the fact that their ?get-it-right-the-first-time? mentality is paying off in the form of a monster debut.