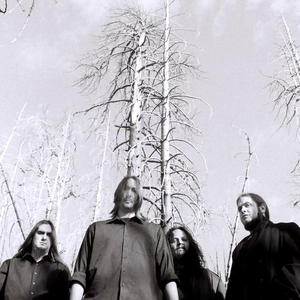 Combining some of Los Angeles and Orange County's most destructive metal forces, Winterthrall brings the European blackened death sound stateside. Founding members Steve Nelson (guitars/ synth/ vocals), Rob Alaniz (drums), and Ruben Lugo (bass) sought out to form their own unique metal vision in late 2001/early 2002. Eventually rounded out with Liz Schall as the second guitarist. Winterthrall began writing and rehearsing for the recording of their first demo during the fall of 2003.

Winterthrall began writing and rehearsing for the recording of their first demo during the fall of 2003. The result of that labor was Autumn Caskets: a dark and aggressive piece of black metal that held no shortage of melody and atmosphere. The demo was well received and as 2003 went on, the band kept busy with a non-stop schedule of local and international shows.

December 2006 saw the release of the first full length album "Nightmares for the Sleepless" on the bands own Murderous Dark Records. With a new addition to the line-up guitarist Josh Standifer.

At the end of 2008 they re-entered the studio to record "Stormraven", an epic doom-laden prelude album to their next full length "Within The Church of None".

Nightmares for The Sleepless