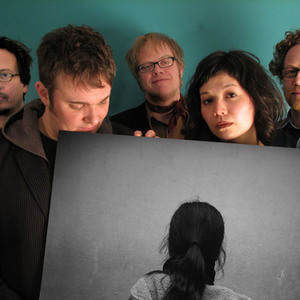 Winterpills is an indie rock band which formed in 2003 in Northampton, Massachusetts, United States. The band consists of Philip Price (vocals, guitar), Flora Reed (vocals, keyboards), Dennis Crommett (guitar, vocals), Brian Akey (bass) and Dave Hower (drums). They have released three albums as of 2009. The band formed in the winter of 2003-2004 and began playing out regionally (New England) in the spring of 2004.

The band formed in the winter of 2003-2004 and began playing out regionally (New England) in the spring of 2004. Playing the melancholy songs of Philip Price, the band's characteristic sound is a combination of fragile and melancholy acoustic folk-pop, with vital male-female harmonies (Price and Reed), filled out with the distinctive edginess of Crommett's washy-watercolor electric guitar and Hower's tense drumming.

Their debut album received high praise by the Washington Post, No Depression, The Utne Reader, the Boston Globe, and they have shared the stage with such notable artists as The Mountain Goats, Erin McKeown, Fountains of Wayne, Alejandro Escovedo, Rainer Maria, Martha Wainwright, Shawn Colvin among others. In the winter of 2005-2006 while touring extensively the band played Mountain Stage on NPR, and were featured on NPR's Weekend Edition and World Caf?, and XM Radio's Loft Sessions.

The band released their sophomore album, entitled The Light Divides on February 27, 2007.

All My Lovely Goners