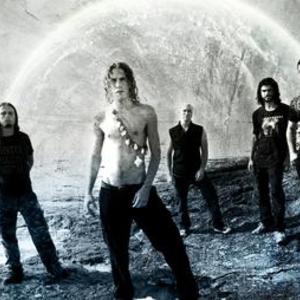 Winterhorde is a Melodic Black Metal band from Israel. The idea of starting the band came to Seth (Guitars) and Celestial (Bass) in the summer of 1999. The musical direction, chosen by them was black atmospheric metal, combined with northern folklore elements. Deeply influenced by Scandinavian black metal scene, they were searching for soul-mates and in the beginning of 2000 the original line-up was completed. The band called Autumn Palace was born.

Through the next two years Autumn Palace would write new material and record one-song demo "In the Reign of Everfrost". The band sounding of those days was very dark, misty and melancholic, filled up with cold atmospheres of northern lands. Due to the perennial line-up changing, the band disabled to perform live until the end of 2001, when the line-up finally stabilizes and consisted of Z.Winter (vocals), Seth (guitars), Volkh (guitars), Celestial (bass), Morgenrot (keys) and Hesperus (drums).

Shortly after these changes, the band came up with new ideas and more progressive sounding and style. Autumn Palace renamed itself into Winterhorde and began playing more aggressive either melodic extreme metal, but with the same atmosphere as before. On 23 march 2002 Winterhorde played their first gig ever.

Winterhorde played many successful shows with local and foreign acts as well, increasing the amount of fans every show. One of the shows was recorded and self-released as a "Live" demo. Just 40 copies of "Live" as a much limited edition were made and totally sold out in one evening. In the June 2003 Winterhorde were invited to play at the first Israeli metal festival "METALIST" with such bands as Ancient, Betzefer, Konkhra and Aborted, but due to the problems with festival organizers, timetables were moved on and the Winterhorde show was canceled at the last moment.

Winterhorde entered the Fuzzy Logic studio and recorded their first official 4-track demo "In Traditions of Winter". After release of the demo the band got a plenty of good reviews and started searching for a label.

In the beginning of 2004 Lex replaces Volkh on guitars.

In the new line-up Winterhorde play several shows as headliners and perform with such killers as Dark Funeral and Melechesh, thus led the guys to the top of Israeli metal scene.

In the beginning of 2006 Winterhorde recorded their debut album "Nebula"

The release of "Nebula" signed by Greek label "Burning Star" was followed by "Bringing the Cold" tour across Europe along with Finn metalheads Catamenia.

In Traditions Of Winter (Demo)