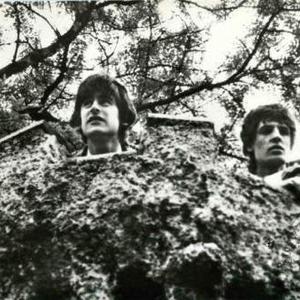 Despite the silly name and their near-total lack of commercial success, Wimple Winch was an interesting British '60s group, weaving soul, intricate harmonies, and unusual whimsical lyrics into their original material. Starting out as Just Four Men, the Liverpool-area outfit was initially just one of the dozens of Merseybeat groups riding the Beatles' coattails, although they cut a couple of fair singles.

Changing their name to Wimple Winch, they released three much more progressive singles that were popular locally, including the explosive raver "Save My Soul" and the dramatic story-song "Rumble on Mersey Square South." Arguably the most creative group to work from Liverpool after the Merseybeat boom dried up, they broke up in the late '60s, leaving a wealth of unreleased material. Much of that material, as well as their rare singles, eventually appeared on compilations of British Invasion and British psychedelic rarities in the '80s. ~ Richie Unterberger, All Music Guide

The Story Of Just Four Men