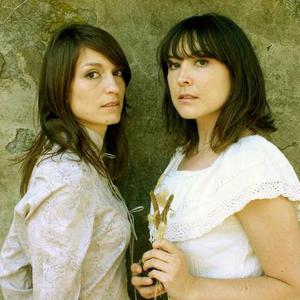 Willow Willow are a band based in Los Angeles, California. The principal members are Miranda Zeiger and Jessica Vohs, best friends since age 5. They have a strong core of followers in Northern California despite their disdain for self-promotion. They began as a duo first inspired by the unusual harmonies of the Silly Sisters (Maddy Prior and June Tabor) performing folk music of the British Isles. They began adding their own compositions to their set lists, and Zeiger, once she had sufficient chops, took over the guitar playing from her father, himself a singer-songwriter.

Eventually coming to the attention of local indie label Mod Lang Records through the recommendation of singer-songwriter Bart Davenport, they recorded their debut CD with painstaking care. Willow Willow eschewed the guitar-and-two-voices format that characterized most of their previous live performances, opting for a more lush and sophisticated sound. Recording on a shoestring, they relied on a rotating roster of musical friends, chief among them Davenport on lead guitar. Instrumentation on their eponymous album includes cornet, cello, harp, marimba, and harpsichord. Josh Miller of the Gentle Kin played bass on the recording and Paul Burkhart, formerly of Mover and Cocaine Unicorn, provided the drumming.

All the songs on the cd were penned by Zeiger, with the exception of the British folk tune Black Waterside. The band have returned to the studio since to record tracks written by Vohs as well. The pair have also collaborated on tunes earmarked for subsequent recordings.

The band relocated to Los Angeles in the spring of 2009. Their most recent material has a bright, edgier pop sound.

Their album is available on iTunes and cdbaby.com.