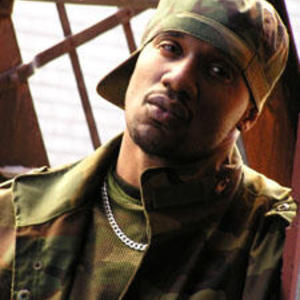 Game recognizes game, and Willie Will brings his game to the table. Hailing from the Seattle, WA suburb of Everett, Will's game was formed and polished on the streets. His sound is a blend of hood life reality mixed with the heart of a soldier. This drive adds an often unheard authenticity to the stories he spits on the microphone. At a very young age, Willie Will began speaking for himself through his raps.

"I've been rapping since I was seven years old! My mother was a choir director and my father was a quartet singer. Music came natural to us all." Growing up in this musical household, Will and his brothers performed with their father in a Gospel group called Pop Heavenly and The Heavenly Boyz. This experience gave him an early avenue to express his creativity. Another early influence on Will's life was his mother's spirituality. "We were raised in the church. My mom was real about it but my father just played the role." Willie Will spent the impressionable years of his life moving back and forth from Seattle to Lindenwold, NJ. "I come from a family of six kids. My dad couldn't read so he never really had a job. For as long as I can remember my mother worked two jobs just to keep us fed while my dad hustled to get money. We still don't know what he did to get it!"

From the throes of a confusing and unbalanced home, Will turned to a life of hustle for his own. Five years into his prodigal path, he even became a young father. A year after the birth of his son, Will's travels once again began to change. "When I was twenty, God got a hold of me in a very real way. That only marked the beginning of a spiritual roller coaster. I knew I wanted to live for God but my actions didn't follow my heart. These last seven years have been a process that has shaped who Willie Will is today." Ready to make his own musical path, Will traded in his flashy Heavenly Boyz suit and is now fully equipped to take his hip-hop game to a much larger stage.

After dropping three independent solo albums which generated critical acclaim in the Northwest. With "Godswill", I hope to bring to the forefront a new vein of holy hip-hop - one that brings the lost to the light and edifies the believer at the same time. Christian rap has been extreme since the beginning. Either it's too much God that the unbeliever can't feel it, or God can't be found anywhere in it. There needs to be a middle ground that everyone can feel and in turn be blessed." The album's very concept: a unique perspective of the artist giving his audience an introspective narrative - is Will's answer to this need.