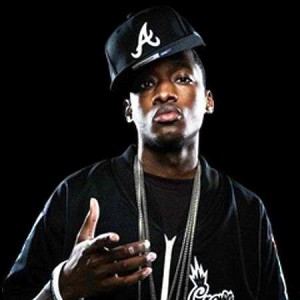 The son of a DJ who was down with the culture from its onset, Willie grew up in a home where hip-hop was the ideology of choice, in Grand Rapids, MI. ?We never got in trouble for throwing footballs in the house, we got in trouble for scratching records, or playing a rap record and saying the cuss words.? Around the age of 12, as his brother, La the Darkman, got his industry break through a deal with Wu Tang, Willie the Kid got his first notebook and truly started writing.

This happened during the late 1980s, early 1990s, to which he refers as the ?Golden Age? of hip-hop, a time during which the music was at its purest form. Willie the Kid is a true writer, a story teller who's vivid descriptions put his listeners in a zone, walking with him through the experiences of his life.

Now a graduate of Clark Atlanta University, Willie the Kid has undergone the second phase of the artist's evolution: understanding the music industry. He sees this as the time to set the music industry on its ear. ?Hip-Hop is a beverage of choice for a thirsty people,? says the young street prophet. The status quo, as he sees it, offers to quench that thirst with no more than tap water. Willie the Kid heralds a return to quality, something which he believes begins with allowing artists to express their own voices. With the support of his Atlanta-based Aphilliates Crew, Willie the Kid currently bypasses several of the ?outside forces? that try to stifle the creativity of artists by releasing his music independently, something which he has done since his college days with fellow Aphilliates member DJ Don Cannon.