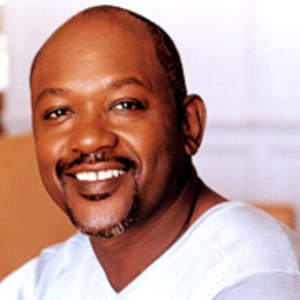 William Ray Norwood, Sr. (born September 15, 1955) known as Willie Norwood is an American Gospel singer and has been involved in singing since early childhood. His father and mother sang in the church choir. He is the father and voice coach of R&B singers Brandy and Ray J. Willie Norwood's ascension into the music spectrum took root while attending Jackson State University on a band scholarship during the 1970s.

Willie Norwood's ascension into the music spectrum took root while attending Jackson State University on a band scholarship during the 1970s. It was there that he joined up with a soul music group named "The Composers", becoming their lead vocalist and trumpeter. The group soon began to gain notoriety while playing the Mississippi club scene. They soon began opening up for acts such as Rufus and Chaka Khan and Lou Rawls. Norwood soon moved to Hollywood with the group where they attracted a loyal following.

The fast paced-Hollywood scene caused Norwood to stray from his religious upbringing, causing him and his wife, Sonja, to move back to McComb, MS, in the late '70s to begin a family as well as to regain focus. Eventually, California would once again play an important role musically for Willie Norwood and family. He began working with local community choirs in Los Angeles while beginning post-graduate work at California State University. Norwood's work with the choirs afforded a young Brandy and Ray J the opportunity enhance their blooming musical interest.

After putting together Brandy's Never-Say-Never World Tour, his first commercial album, "Bout it" was released in late 2001 under Atlantic Records and received a Dove Award nomination. Brandy was featured, too. But due the fact that the song failed to chart on The Billboard Hot 100 chart Atlantic and Norwood split they way early. "Bout It" managed to peak at Number 13 on the Billboard Gospel Chart. In his album he worked with artists like Kirk Whalum, Billy Preston, The William Brothers, Brandy, Ray J and Angie Winans.

All appeared in his album too. Brandy and Ray J appeared in "Bout It" by doing the background vocals. Whalum played saxophone,Preston sang on I'll Trade A Lifetime" and "Bout It". The Williams Brothers, who wrote and produced the title track and "The Search Is Over," also provided strong background vocals. "A Love Shared" was written by Angie Winans. "Bout It was released as promotional single in 2001.

2002 Norwood started working with Ray J and Brandy in studio for their upcoming albums.

2005-2008 "I Believe" is the second CD presented by Willie Norwood and was released under new label Knockout Entertainment. It is a definitive and eclectic blend of a cappella southern gospel songs.

Norwood set up the KnockOut Vocal Studio in North Hollywood, CA and brought his southern charm to a 12-song a cappella gospel interpretation of "old church" songs. Three of the songs can be heard on his myspace site: "I Know It Was the Blood", "I Believe" and "Amazing Grace". It is the first album to be released by Knockout Entertainment only.

After the release has he focused on the work as director to the group UCC, a 94-voice youth choir in South Central L.A. and minister of music at the Woodland Hills Church of Christ. He has two artists projects, Chyra, and Tha Way Out that he is working with now who will make a resounding debut soon.